For George Floyd, against Racism

Starting in the neighboring cities of Minneapolis and St. Paul, Minnesota, and later around the world, street art was created in response to the death of George Floyd on May 25, 2020.

All over the world, people continue to react to the death of George Floyd caused by police in Minneapolis, Minnesota.

From taking to the streets in protest to re-examining long-held beliefs about racism and the justice system, a global movement is demanding social justice and equality.  Street art has played an important role in this movement - as an outlet for citizens to express their grief, outrage, and hope about the future. This street art has grown on the sides of local businesses, street corners, plywood covering broken windows, and more, from neighborhoods in Minneapolis to countries around the world.

A team of scholars and students at St. Thomas University in St. Paul, Minnesota, has created the “Urban Art Mapping George Floyd and Anti-Racist Street Art database,” which seeks to document examples of this street art from around the world. With submissions continuing to come in daily, this database will serve as a resource for communities and scholars around the street art and the issues it explores for years to come.  From breathtaking murals created by teams of professional artists to poignant graffiti, this collection captures the breadth of street art that has been created in response to this moment. The gallery below represents a selection of street art curated by the Germanic-American Institute in St. Paul, Minnesota, in cooperation with the George Floyd Anti-Racist Street Art database. This online gallery includes works by local street artists and community members in Minneapolis and St. Paul, Minnesota. To learn more about the street art database and most recent submissions, please visit
https://georgefloydstreetart.omeka.net/ 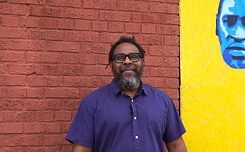 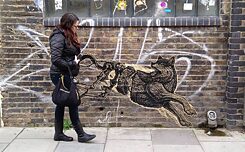 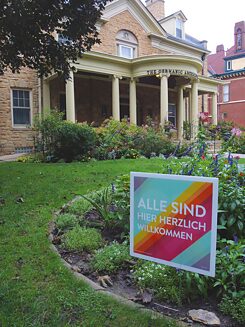 Dr. Heather Shirey’s research and teaching are shaped by the idea that as art historians and citizens of the world, we must all engage deeply and analytically with visual culture, both in the classroom and in our everyday lives. Her teaching and research are focused on the African Diaspora in Brazil, the Caribbean, Europe, and the United States. Dr. Shirey also has a strong interest in the history of photography and the development of street art.

The Germanic-American Institute (GAI) is a non-profit organization located in St. Paul, Minnesota whose mission is to connect people to a broader world through German language and culture. As a Goethe-Institut “Kulturgesellschaft” the GAI has been a close collaborating partner of the Goethe-Institut on this #artbits project and a wide array of educational and cultural programs