Foreign Cuisines
“Taste is as versatile as identity”

Pizza, cappuccino, doner kebab – it is hard to imagine Germany these days without any foreign cuisines. Maren Möhring, a cultural historian, tells us whether food can bridge the gap between different cultures and whether the arrival of one million refugees will lead to a boom in international cuisine in Germany.

Ms Möhring, culinary diversity with all its different cuisines characterises everyday life and the urban scene in Germany. This diversity can in fact be traced back to the migration of workers from Italy, Yugoslavia and Turkey. Could you briefly outline the development of foreign cuisines in Germany?

The boom in the “Gastarbeiterküchen” (guest worker cuisines) started in the late 1960s and really took off in the 1970s and 1980s. There were about 20,000 foreign food outlets in the Federal Republic in 1975, but this figure doubled within a decade. Italian trattorias and Balkan bar and grills were the first to emerge on the scene. In the 1970s, they were joined by Turkish snack bars and fast-food restaurants, along with Greek tavernas.

“To be one smart cookie”, “Many cooks spoil the broth” – there are countless idioms and metaphors related to the subject. Does food have its own language and can it even overcome the limits of people's origins, language and culture? 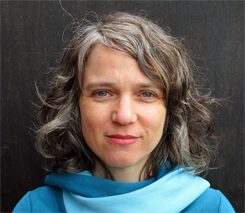 Maren Möhring | Photo (detail): © Private Food or meals represent complex systems whose various codes have to be learned, like a language. Not only eating techniques – for example, eating with chopsticks – have to be learned, but also what, when and how people should eat. Immigrant restaurant owners and waiters often have to do a good deal of translation work to explain certain cultural rules and values to their guests. As a sensual experience, which is strongly influenced by taste and smell, the eating of food allows, on the one hand, a non-verbal way of establishing contact and, on the other, a conversation about what one has actually experienced. The consumption of “foreign” food alone says precious little, however, about people's general attitude towards immigrants.

Are there any countries where typical German food is eaten?

“Real” German cuisine is not particularly popular worldwide – unlike Italian or Chinese food. In the USA people often think that beer and Bavarian cuisine is “real” German food.

And how commonplace are immigrant cuisines in Germany compared to other countries?

In the UK, immigrant cuisines became established much earlier and in a much more comprehensive way than in Germany. In France and Italy – where their own cuisines contribute strongly to their national identity – foreign eateries took much longer to establish themselves. Commercial regulations were and still are an important factor – it is much easier for immigrants in England, the USA and Canada to open a restaurant than in the Federal Republic of Germany.

In 2015, more than one million refugees came to Germany. Are we now going to see - despite official hurdles – a growing number of Syrian restaurants? Will we experience a new boom in immigrant restaurants in Germany's cities and villages?

I assume that, in time, there will be a larger number of Syrian restaurants and snack bars. The labor-intensive and economically sensitive restaurant sector is still an area in which an over-proportionally large number of immigrants choose to work in, not least because many of their vocational qualifications are not recognised in Germany. However, refugees who want to set up their own businesses are faced with great obstacles, particularly financial ones. However, this may change, because the big cities, in particular, have recognised the fact that immigrant economies are an important location factor, which makes them interesting as an urban, creative milieu.

The identity of food

“You are what you eat” - to what extent does food create a sense of identity?

Particularly after people have fled or migrated to another country, familiar dishes and drinks can serve to bridge the gaps in their lives. A nostalgic element is often attached to food, dishes from childhood can have a highly emotional impact. That does not mean, however, that our eating habits cannot be changed. Despite the fact that some people are conservative in their choice of food, taste is equally as changeable as identity.

The question of identity also has a bitter after-taste. From harmless conflicts, insults and the closing of bars and restaurants right up to the crimes of the NSU (Nationalsocialist underground). This right-wing extremist terrorist organization, the NSU, concentrated only on murdering the managers and employees of foreign shops and sales outlets. Has there been a shift to the right when it comes to food culture?

The foreign restaurants, snack bars and food shops have sustainably and visibly changed German cities. It was against this visible diversity of Germany that the NSU's attacks were directed – and not accidentally in my opinion. On the one hand, immigrant entrepreneurs were attacked who, with their start-ups, showed that they wanted to remain in Germany; on the other hand, it was all about the “endangering” of Germany's native, “home-grown” food culture. The idea was that supposedly homogeneous and clearly separated national cultures, which have never really existed in this form, were to be protected from “contamination”. It is frightening that in a globalised world such positions are gaining acceptance again. In these disputes, it is never a question of food culture alone, but of culture in the broader sense of the word.

“Bockwurst instead of Doner Kebab” was one of the slogans chanted by right-wing extremists. How German is the Bockwurst sausage in fact?

It was not until the 17th century that the Bockwurst started to be eaten in German-speaking areas of Europe. It was taken there by French Huguenots. It was probably given its name, however, towards the end of the 19th century, when it was served by a Berlin innkeeper as an accompaniment to Bock beer. One thing history has taught us – “the weird things in life” often come from abroad.

Maren Möhring is a professor at the Institute for Cultural Studies at the University of Leipzig and since 2004 she has been focusing on international cuisines in Germany. Her post-doctoral thesis Fremdes Essen. Die Geschichte der ausländischen Gastronomie in der Bundesrepublik Deutschland (i.e., Foreign Food. The History of Foreign Gastronomy in the Federal Republic of Germany) was awarded, among others, the Augsburger Wissenschaftspreis (The Augsburg Science Prize) for intercultural studies.

Sonja Esmailzadeh
works as a journalist in Straubing and Munich.