From March 1 through May 23, 2021, the Goethe-Institut, Gray Area, Fotomuseum Winterthur, and Artivive have launched an open call for artists, designers, and the general public to submit creative representations on the subject of bias and technology’s growing ability to alter people’s visual perception of reality.

An international jury comprised of artists, curators, and researchers had the difficult task of selecting the ten best works from over 150 submissions.

The central idea behind the project is our ongoing concerns with technology’s growing ability to alter people’s visual perception of reality. Submissions may explore discriminatory, misrepresentational, and biased apparatuses or express thought-provoking ideas on how to deal with the perpetuation of bias by technology. Participants can focus on the interlocking operations of technology-driven systems within — but not limited to — the following domains: Technology is never neutral but a reflection of the biases in our society. Images play an important role in that context: fake photos and videos created with deep neural networks threaten privacy, democracy, and national security. Vision recognition systems skew gender, race, and class differences and become vehicles of discrimination. Underdeveloped AI models misrepresent the health disparities faced by minority populations. 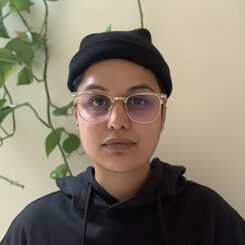 Anum received a Masters in Interaction Design from California College of the Arts and a BFA in Graphic Design from Massachusetts College of Art and Design. Anum is a member of the Oakland-based experience design collective, Macro Waves, and professionally works as a Senior UX Designer at Adobe. They are also a Board Member of Gray Area.

Erandy Vergara
Erandy Vergara is a curator and researcher based in Montreal. Her main research interests include feminism, global art histories, curatorial 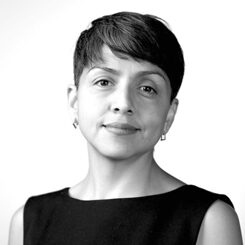 © Josee Brouillard studies, and postcolonialism, with a particular interest in internet cultures, artificial intelligence, and the ethics and aesthetics of participation. She holds an MA from Concordia University and a PhD in art history from McGill University. Recent shows include: Critical Proximity: Something About Human Connections That Can Happen When There Is A Fissure (Oboro, March 15 - May 14 2021) Eva and Franco Mattes: What Has Been Seen (Fondation Phi pour l’art contemporain, November 2019-March 2020) Speculative Cultures: A Virtual Reality Art Exhibition, curated with Tina Sauerländer (Anna-Maria and Stephen Kellen Gallery, Parsons School of Design, New York, 2019).

Iris Long
Iris Long is a writer and independent curator. She currently works as a 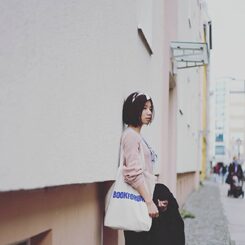 Courtesy of Iris Long researcher on art, science and technology at Central Academy of Fine Arts, with a research focus on how art responses to the current global reality of ubiquitous computing and big data. She lectures on data art at CAFA. She was shortlisted by the first M21-IAAC Award (International Awards for Art Criticism). Her translation work, Rethinking Curating: Art after New Media, received nomination from AAC Art China awards in 2016. In 2018, she was the recipient of Hyundai Blue Prize for curators. Her research work has been presented in “Art and Artificial Intelligence”(Open Conference, ZKM), “Korea Research Fellow”(MMCA), “Art Machines: International Symposium on Computational Media Art (ISCMA)”(Hong Kong),International Symposium on Electronic Art and Digital Research in the Humanities and Arts and ISEA.

Iris has a master degree of Critical Writing in Art and Design from the Royal College of Art, UK and a bachelor degree of Journalism and Communication from Tsinghua University, China.

Mattis Kuhn
Matthis Kuhn, artist and curator, works on the reciprocal design of humans, machines and the shared environment. The focus is on digital machines (algorithms, artificial intelligence, formal systems, software) and 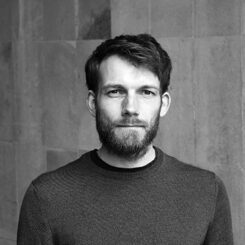 © Julia Jesionek the intertwining of humanities with engineering. He curated the exhibitions "I am here to learn – On Machinic Interpretations of the World" and How to Make a Paradise – Seducement and Dependence in Generated Worlds for Frankfurter Kunstverein. His works have been displayed at ZKM Karlsruhe and EMAF Osnabrück a.o. He gave talks about AI & Art at ZKM Karlsruhe, Stiftung Niedersachsen, Evangelische Akademie and Goethe-Institut a.o.

Mushon Zer-Aviv
Mushon Zer-Aviv is a designer, researcher, educator and media activist based in Tel Aviv. His love/hate relationship with data informs his design 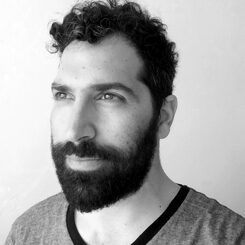 Courtesy of Mushon Zer-Aviv work, art pieces, activism, research, teaching, workshops & city life. Among Mushon’s collaborations, he is the CO-founder of Shual.com – a foxy design studio; YouAreNotHere.org – a tour of Gaza through the streets of Tel Aviv; Kriegspiel – a computer game version of the Situationist Game of War; the Normalizing Machine – exploring algorithmic prejudice; the AdNauseam extension – clicking ads so you don’t have to; and multiple government transparency and civic participation initiatives with the Public Knowledge Workshop; Mushon also designed the maps for Waze.com and led the design of Localize.city. Mushon is an alumni of Eyebeam – an art and technology center in New York. He teaches digital media as a senior faculty member at Shenkar School of Engineering and Design. Previously he taught new media research at NYU and Open Source design at Parsons the New School of Design and in Bezalel Academy of Art & Design. Read him at Mushon.com and follow him at @mushon. 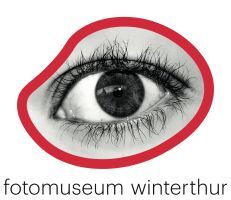