We are delighted to have musician Matthew Herbert as one of this year’s speakers of our Goethe Annual Lecture series at the Goethe-Institut London. Through a series of extraordinary sound recordings, Matthew Herbert will push us to hear further than we might have thought possible and tell us how systemic listening can lead to meaningful action.

The lecture will be followed by a Q&A moderated by artist and academic Dr Ella Finer.

For the last 140 years or so, audio recording has allowed us to re-hear ourselves. We have subsequently talked and sung a lot into microphones and pressed the results onto wax cylinders, vinyl discs, tapes and hard drives. On Spotify alone, there are 65,000 songs uploaded every day. But beyond music and the human voice, there is a profound new terrain emerging in audio that has the potential to unlock new ways of understanding. We can hear disease growing and waves emerging from black holes. We have recordings of 23,000 people singing a single note and 20,000 dogs barking.

At the same time as the capacity to record, store and manipulate sound has evolved, we have also brought to life a near-perfect economic system for doing the wrong thing at the wrong time. From subsidising fossil fuels, to prioritising harmful foods, to distorting information for profit, to proactively stimulating over-consumption – it is consciously designed to maximise short term rewards over long term sustainability. This system has at its core a fundamental requirement for related injustice: exploited workers, an exploited environment and a commitment to the patriarchal and white supremacist historical structures and narrative justifications that keep it running smoothly.

What if we could apply the new reach of sound recordings in order to be able to hear how the workings and consequences of this system might sound? And once heard, can we go even further than our microphones can - what Anne Balsamo calls ‘listening with technology’ - to listen to the previously impossible? Can we hear all the water pumps on farms in Iowa, or all the supermarket tills in Rio? Once we have heard such noises, it can become harder to defend the status quo as healthy or harmonious.

Through a series of extraordinary sound recordings, Dr. Matthew Herbert will push us to hear further than we might have thought possible, and finally ask us: “How can systemic listening lead to meaningful action?”

Book Tickets through Eventrbite Register for the livestream On 15 November we are showing the documentary A Symphony Noise, which gives an insight into Matthew Herbert’s thinking and working process. Find more information here.

Matthew Herbert is a musician, artist, producer and writer whose range of innovative works extends from numerous albums (including the much-celebrated Bodily Functions) to Ivor Novello nominated film scores (Life in a Day) as well as music for the theatre, Broadway, TV, games and radio. He has performed solo, as a DJ and with various musicians including his own 18 piece big band all round the world from the Sydney opera house, to the Hollywood Bowl and created installations, plays and operas. He has remixed iconic artists including Quincy Jones, Serge Gainsbourg, and Ennio Morricone and worked closely over a number of years with musical acts as diverse as Bjork and Dizzee Rascal.  He has been sampled by J Dilla for Slum Village and another of his pieces (Café de Flore) inspired a movie by Jean-Marc Vallee (Dallas Buyers Club). He has produced other artists such as Roisin Murphy, The Invisible, Micachu and Merz and released some of these works alongside others on his own label – Accidental Records. He also set up NX records with Goldsmiths University to support the release of music from alumni and others. Notable collaborators have included chef Heston Blumenthal, playwrights Caryl Churchill and Duncan Macmillan, theatre director Lyndsey Turner, musician Arto Lindsay and writer Will Self.  But he is most known for working with sound, turning ordinary or so-called found sound into electronic music. His most celebrated work ONE PIG followed the life of a pig from birth to plate and beyond. He is relaunching an online Museum of Sound and is the creative director of the new Radiophonic Workshop for the BBC. His debut play The Hush was performed at the National Theatre, his debut opera The Crackle at the Royal Opera House and he continues to work on projects for the screen as well as the stage. His debut book called The Music was published in 2018. 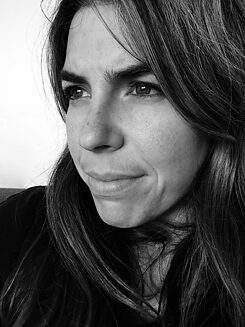 © Joseph Hales Ella Finer’s work in sound and performance spans writing, composing, and curating with a particular interest in how women’s voices take up space; how bodies acoustically disrupt, challenge, or change occupations of space. Her research continuously queries the ownership of cultural expression through sound; often through collaborative projects centring listening as a practice of deep attention, affiliation and reciprocity. Recent work has been presented at Onassis Stegi (Athens), Gasworks (London), FUTURA (Prague) and Ocean Archive, which has hosted her long correspondence project with Vibeke Mascini, Silent Whale Letters. The letters will be published in book form by Sternberg in early 2023, edited by Kate Briggs. Recent essay publications include Burning House / Burning Horse: The fire it always is (The Contemporary Journal), The sea in the forest (The Blackwood Gallery), Feminism and Sound (CUP) and Listening in Common in Uncommon Times (The Kenyon Review). She is currently finishing her first monograph Acoustic Commons and the Wild Life of Sound, a work considering the inherent power in/of that which falls outside of administrative control — as a way of thinking through the sonic as critical agitator: how sound resists categorisation in the archive; how sound makes and disperses knowledge beyond the bounds of the institutional building.

Learn more about our 60th anniversary on our website.