Data permeates and impacts every sphere of our society - even if much of the public discourse still revolves around abstract questions centred on the role of technology in the production and application of data, open data is far more than just a technical concept and needs to be better understood and shared.

Data2Life. Life2Data.: Photography, Data, and Everyday Reality.
Every single day we produce, consume, or use data. Data plays an increasingly important role in our daily lives as it permeates our choices and actions. This exhibit looks at -“Data2Life. Life2Data”- a project of the World Wide Web Foundation’s Open Data Lab Jakarta together with Goethe-Institut Indonesien, which took us to Yogyakarta, Indonesia, to explore the relationship between data and people’s everyday lives.

In “Data2Life.”, we showed the process of how people produce, use and consume data. In “Life2Data.”, we created a visual record of how data is represented in our day-to-day lives, from infrastructures to citizen participation, and more. This exhibit showed 78 photographs, covering seven locations and themes. For each one, we trained community-based organisations on the basics of visual ethnography, data analysis, and photography. The photographs here were taken by amateurs, and were captured using a mixture of equipment from DSLR, to point-and-shoot cameras, and even mobile phones.
DATA2LIFE.
In this component of the project, we used photography to bring to life how different groups - from government to citizens - produced, translated, consumed and used data. From online platforms and mobile apps to community notice boards and newspapers, data flows through a wide array of channels to reach and influence people in different ways. We believe that capturing and understanding this process helped to show the potential and challenges of working with open data.

LIFE2DATA.
In parallel to capturing the data process, we showed how data actually represents the realities people face everyday. For example, the condition of schools, the existence of roads and bridges and the status of medical supplies, while contained as data and figures in government inventories, can tell visual narratives of the data in action and use. Following this trail, photographs can speak about the quality of the data or the lack of it and will serve as external validation tools of government-produced and published datasets.

The “Data2Life. Life2Data.” project was launched through a traveling exhibit starting in Yogyakarta, Indonesia in September 2016. The photographs and creative narratives was also displayed as an exhibit in the International Open Data Conference in Madrid, Spain in October 2016. Finally, we also showcased the project’s results in Jakarta, Indonesia, as part of the Open Data Innovation Week in November 2016 (see details below). 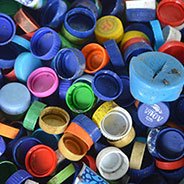 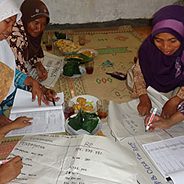 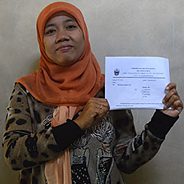 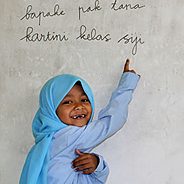 Transparent distribution of financial resources for the operation of primary school 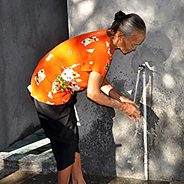 Use of funds for providing clean drinking water and sanitation facilities 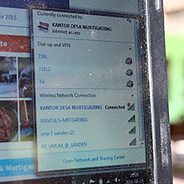 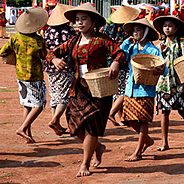 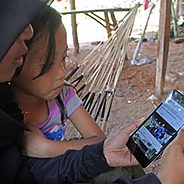 Village budget transparency with the help of the village information system 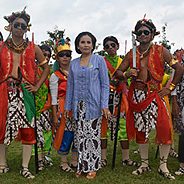 Back to Open Data