The Gift That Keeps on Giving

Concept 1 – General economy
In The Accursed Share (1949), French philosopher Georges Bataille famously noted: “Under present conditions, everything conspires to obscure the basic movement that tends to restore wealth to its function, to gift-giving, to squandering without reciprocation.” His was the vision of general economy, of studying human economic activity in a much larger, ecological framework. It suggests that contrary to the basic assumptions of (neo)classical economics, the default state of affairs in the planetary environment is not that of material or energetic scarcity, but rather one of an omnipresent excess – of the “luxurious squandering of energy in every form”, epitomised by the exuberant architectures of complex organic bodies or by never ceasing gift-giving activity of the Sun (which bombards the planet by high energy particles so intensely that human economy has been capable so far to employ only a fraction of this ‘gift that keeps on giving’). In other words, scarcity is artificial: it is a function of an inability to fully harvest the planetary abundances.
Concept 2 – Reverse utopias of the gift
Such a perspective is akin to some early Neolithic reverse utopias. Just take an example of James C. Scott's Against the Grain (2017), the book that popularised the notion that adoption of agriculture as the main source of nutrients and social subsistence went in tandem with centralisation of power in early city state structures in the Fertile Crescent. What Scott calls ‘the grain complex’ serves as a basic module of a new social organisation, one that exploits domestication of plants and animals and leads to abandonment of opportunistic way of life characteristic to early Neolithic communities - a way of life that relied on multiple networks of subsistence including hunting, foraging or fishing, hence without privileging the agricultural mode of production, as were the case in the city states such as Ur, Uruk or Babylon. The early Neolithic communities are also projection planes for utopian social imaginations, ranging from anarcho-primitivism to Kojin Karatani's understanding of giftgiving as the primordial economic relation, exemplifying practices of ‘everyday communism’ conceptualised by anthropologists such as Marcel Mauss or David Graeber.

The ambition of Goethe-Institut Bratislava's lecture series The Gift That Keep on Giving is to investigate gift exchange as a latent promise of a post-capitalist economy-to-come, tailored for the 21st century's condition of the deep human entanglement with the planetary reality. While last decades marked tremendous intellectual development with respect to historical, political, and ecological conceptualisation of this entanglement, its economic underpinnings remain unclear. But one thing is clear for sure: the reality of a late capitalist platform economy, which opens towards a range of post-capitalist futures spanning new models of exploitation as well as those of planetary cooperation. Under such circumstances, can humanity as a biological species give itself the most generous of all gifts it seems to be capable of, the gift of just, dignified, autonomous and communal existence?

By its definition, Goethe-Institut Bratislava supports the development of cultural practices in the broadest sense, spanning contemporary visual and performative arts, design, architecture, or digital media. The Gift That Keeps on Giving series understands workers in these fields as stakeholders in crafting the future economies of gift and cooperation. Since the idea of ‘sharing economy’ has been largely monopolized by corporate digital platforms, the institutional framework of cultural practices must be rethought, so that it points beyond cooperation and gift exchange as just an adaptation to precarious conditions, and so that it does not turn both terms into an alibi of institutionalized economic austerity. That brings some crucial questions into the foreground: What are the concepts and instruments the cultural institutions and workers need to act prefiguratively in the development of new economic models? What paradigms of such action are available across disparate geographies, histories, and cultural contexts?

The emergent big picture the series provides is both planetary and situated in its scope. It pleads for a larger integration of heterodox economic thinking into the education of cultural workers, and into their institutional practice. In order to do so, the series traces alignments between insights of theorists, anthropologists, economists as well as cultural organizers, that together capture what can be expressed by a charming, composite German expression Gelingensbedingungen – the landscape of conditions of possibility of a prefigurative pursuit. As this landscape unfolds before our eyes, one may even discover these conditions of possibility has been already here for a very long time, perhaps even from the beginning of time’s counting.

All events are held in English online via Zoom

Event NO.1: When is a gift not a gift?
x 9th of June 2022 x - Event postponed – new date to be announced soon
Online lectures by Victoria Ivanova, moderated by Lukáš Likavčan

‘When is a gift not a gift?’ – asks Baron Harkonnen in the recent movie incarnation of Frank Herbert’s ‘Dune’. The aim of the first session in this event series is to understand the condition of the gift economy today, which oscillates between folk economies of self-help on the one hand, and narratives appropriated by platform economies (for better or worse) on the other hand. Our guest speakers will focus on organisation of gift economies in the context of artistic institutions and practices of subsistence in Eastern Europe.

In German, ‘Stoffwechsel’ means literally ‘material exchange’, and it is often translated to English as ‘metabolism’. This event will cover two perspectives on connotations of exchange and metabolism, to build theoretical foundations that lead to appreciation of more-than-human economy. We will see how to approach gift economy from the vantage point of Kojin Karatani’s ‘The Structure of World History’ (2011), and we will also get familiar with current perspectives on socio-economic metabolisms in ecological economics. Zoom meeting link

Annotation: The eschatology of Kojin Karatani’s world-historical perspective lies in the promise of a gift-economy-to-come, the second coming of communism that overtakes and transcends all earlier modes of exchanges. The open question remains: What platform or medium can facilitate this economic transition?

Wrap up commentary by Lukáš Likavčan, accompanied by audiovisual work by Sahej Rahal Annotation: The final session of ‘The Gift That Keeps on Giving’ will wrap up with a commentary by its curator Lukáš Likavčan, who will synthetise the intellectual threads of the past sessions into a philosophical concept of the Planetary, which represents the generic space of metabolic exchange. This commentary will be accompanied by an audiovisual work by Sahej Rahal. 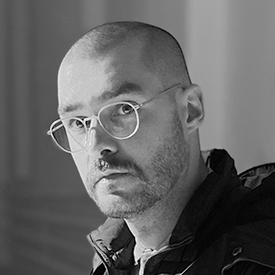 Lukáš Likavčan is a philosopher focused on technology, ecology and visual cultures. He received his degree in philosophy and PhD in environmental studies at Masaryk University in Brno, Czech Republic. He is joining NYU Shanghai in September 2022 as a Global Perspective on Society Postdoctoral Fellow. In the past, he was based at Wirtschaftsuniversität Wien, The Hong Kong Polytechnic University, Strelka Institute for Media, Design and Architecture, Academy of Fine Arts and Design in Bratislava, FAMU in Prague and BAK, basis voor actuele kunst, Utrecht. Likavčan is a member of Prague-based collective Display – Association for Research and Collective Practice, and an author of Introduction to Comparative Planetology (Strelka Press, 2019). More info at likavcan.com. 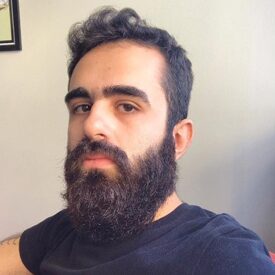 Rafael Pedroso is a Brazilian independent scholar. He holds a Master's in International Relations at PUC-Rio, with a thesis focused on reading Marx in the Anthropocene by weaving together Marxist Ecology and Media Theory. He is currently finishing a Certificate in Critical Philosophy at The New Centre for Research & Practice, where he also works. His interests revolve around Political Economy, Ecology, Technology, and political experimentation. He is engaged with several para-academic institutions and groups, such as The New Centre for Research & Practice, the Subset for Theoretical Practice, and GTEC (Study Group on the Philosophy and History of Technology) in Brazil. 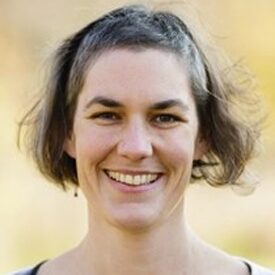 Eva Fraňková works as an assistant professor at the Department of Environmental Studies (Faculty of Social Studies, Masaryk University in Brno, CZ). She studied biology in České Budějovice (Bc.), and environmental humanities (Master and PhD) in Brno. Her long-term research interests include alternative economic practices, eco-social enterprises, localization, and the concept of sustainable degrowth. She has been researching material, energy, and monetary flows involved in local food production at organic farms, as well as alternative economic practices and social enterprises in the Czech Republic. Currently, she puts most of her working time to the concept of degrowth. 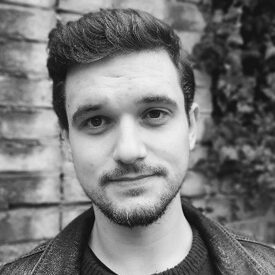 Lukáš Senft (1990), essayist, anthropologist. He studied documentary film at FAMU and religious studies, anthropology, and philosophy at Charles University in Prague. He worked as editor and columnist for Deník Referendum. In 2017, he received an award for the best Czech journalist up to the age of 33 for his columns. In 2019, he edited the essay anthology Znovu objevit Zemi dealing with the climate and ecological crisis. Currently, he is the editor of the essay section in Tvar Literary Magazine and a researcher at the Institute of Sociology at the Czech Academy of Sciences. In 2020, he won a prize of the Czech Association For Social Anthropology for his thesis on the return of wolves to the Czech landscape. He currently studies within the PhD program at the Faculty of Social Sciences, Charles University. His doctoral research uses multispecies ethnography and is concerned with the Czech mushroom foraging and the involvement of the mushrooms in Czech food production and economic and health practices. 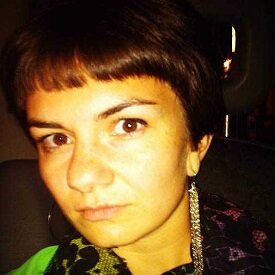 Victoria Ivanova is a curator, researcher, and writer living in London. Having previously worked in the human rights field, in 2010, she co-founded a multidisciplinary cultural platform in Donetsk, Ukraine, which critically explored the intersection between activism, education and artistic research. Ivanova is one of the founding members of Real Flow—a research and development platform for socialising finance. Her practice is largely informed by systems analysis and her interest in infrastructures as mechanisms for shaping and (re)producing socio-economic and political realities. Current research interests include technological innovation and financialisation in the context of the contemporary art sphere, and possibilities for new technological infrastructures in prototyping post-Westphalian citizenship models.