Jackie Karuti from Kenya is the recipient of the second Henrike Grohs Art Award, an award for African artists in the visual arts founded by the Goethe-Institut and the Grohs family. Akwasi Bediako Afrane (Ghana) and Sabelo Mlangeni (South Africa) were selected as runners-up.

Jackie Karuti lives in Nairobi, Kenya. Her artistic practice is largely experimental and deals with the production of and access to knowledge as well as the endless possibilities of radical imagination. “Karuti’s work harbours a unique poetic dimension; her interest is focused on relevant explorations of technologies and perspectives. In her projects, Karuti examines death, sexuality, identity, knowledge and urban culture while making use of various narrative strategies and media, including videos, drawings and interactive performance,” wrote this year’s jury, consisting of Gabi Ngcobo (South Africa), Paula Nascimento (Angola) and Sarah Rifky (Egypt).

The promotion of a multicultural society in Africa

Representing the Grohs family, Florian Grohs noted, “The three award-winning artists underline the importance of art for the promotion of a multicultural society in Africa. Especially now, as the coronavirus pandemic is making it significantly more difficult for artists to perform and make a living, we are happy that the award supports up-and-coming African artists.”

Johannes Ebert, Secretary-General of the Goethe-Institut, stated, “We see an art scene on the African continent that is dynamic, diverse and resilient. This is also what the Henrike Grohs Award stands for, which is very close to my heart. With Jackie Karuti, the jury found a more than worthy awardee.” 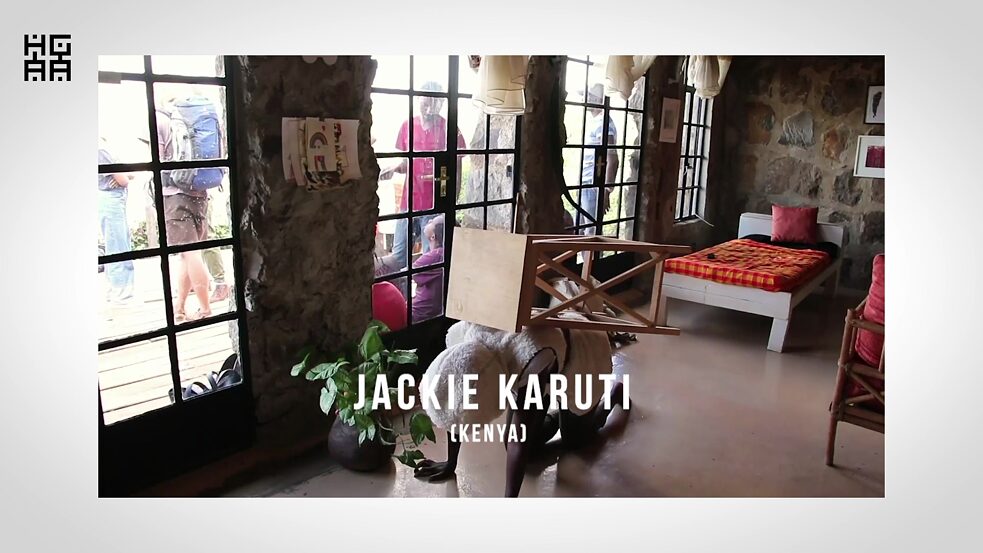 The Henrike Grohs Art Award is presented every two years. The award was founded in 2018 by the Goethe-Institut and the Grohs family in memory of Henrike Grohs, the former director of the Goethe-Institut in Abidjan. It is aimed at emerging artists or art collectives in the visual arts who live and work in Africa. In view of the challenges on the African continent, the award particularly supports artists who are just beginning their careers whereby artistic quality is the decisive criterion for the award. The steering committee for the Henrike Grohs Art Award consists of the Grohs family, the Goethe-Institut, Raphael Chikukwa (chief curator, National Gallery of Zimbabwe, Harare) and Simon Njami (freelance curator, Paris). The award runs through an open call process.