“5× Germany Around the World”
German Lives on Five Continents

“5× Germany Around the World”. In an interview with “The Latest at Goethe”, the photographer Jörg Müller tells us how his photography project – in cooperation with the Goethe-Institut – traced the footsteps of German emigrants.

What can visitors expect to see in the exhibition “5× Germany Around the World”, which is presently being shown at the BallinStadt Emigration Museum in Hamburg?

Jörg Müller: They can see almost a hundred photos depicting German lives on five continents. For four years, I shot portraits of the descendants of emigrants who left Germany in past centuries; 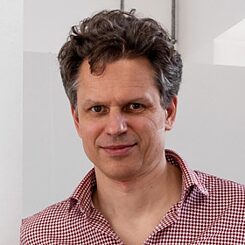 Jörg Müller | Photo (detail): © Jörg Müller in Litkovka, Russia; Vișeu de Sus, Romania; Pomerode, Brazil; Manitoba Colony, Mexico; and in Wartburg, South Africa. Taken in five very different regions of the world, the photographs give an impression of how the descendants of German emigrants live the German culture in their everyday lives today, hold church services in German and learn the language of their ancestors at school. At the same time, they show how “the Germans” integrated and achieved economic success in a new environment. In our present immigration debate, the photography project is a call for peaceful international coexistence and reminds us of the German emigration movements of the past. Reasons for the emigrants to leave their German homeland were wars, famines, economic hardship and religious persecution.

How were these places chosen?

Jörg Müller: Extensive journalistic research preceded the photography project. From conventional internet searches to phone calls with minority associations, the German embassies in the respective countries and the German Society for International Cooperation (GIZ) – looking for a suitable Russian-German town in Siberia. In Europe and the former CIS, for example, it was difficult to research suitable locations for my project, because in the 1990s most of the descendants of German emigrants returned to Germany as late repatriates and often only the elderly stayed there. It was also important to me that each selected location stands for a certain background of emigration and that it has a unique feature today. In South Africa, for example, the descendants of missionaries cultivate large sugar cane plantations today. In Siberia, the remoteness of the place inspired me. And in Brazil it was again the economic prosperity (of originally very poor emigrants from Pomerania) and the Bavarian-like festivals that interested me.

What was the most surprising encounter for you during your photographic travels?

Jörg Müller: One evening in Mexico I was photographing a Mennonite Bible study. The leader of the Bible study asked me to show him pictures of the places I’d already photographed. Luckily, I had a few on my phone. A large crowd of people quickly gathered around us. Almost every picture got big “ahs” and “ohs.” When I asked what impressed them about my pictures, they said that they could see their grandparents’ lives in them. The Mennonites left Germany over 500 years ago due to religious persecution. Before they made their way to Mexico via Canada, their ancestors lived in Russia for 200 years. I showed them their own history in my pictures from Siberia.

What role does Germany (still) play in the lives of the descendants of German emigrants?

Jörg Müller: Germany, and especially the German language, still plays an important role in all these places. But there are also differences. In Pomerode, Brazil there is an almost limitless enthusiasm for Germany. They even celebrate a kind of Oktoberfest there. In Vișeu de Sus, Romania, on the other hand, Germany is criticised; they are aware of the poor working conditions for many Romanians in Germany. In the South African German communities, Germany is viewed in a very nuanced way. School exchange programmes to Germany and, more recently, study visits to Germany play an important role in all the towns. The only exception is Litkovka, the Russian community. In addition, the towns have an important bridging function within their country. The local German schools and kindergartens are very appealing not only to the descendants of German emigrants, but also to the better-off local middle classes.

You documented how the descendants of German emigrants live all over the world. Did you learn something about Germany or German culture in the process?

Jörg Müller: Life in the communities I visited sometimes reflects a “preserved” image of Germany. After all, we in Germany have been living in a country of immigration for a long time. In the big cities in particular, we are exposed to many multicultural influences, which for most of us are part of our image of Germany. It was only during the course of my work that I became really aware of how far we’ve distanced ourselves from the image of Germany that is still lived in the emigrant communities. I also learned that a certain sense of ease and optimism about the future don’t necessarily contradict the German disposition.

The exhibition 5× Germany Around the World was funded by the Foreign Office and presents a photography project by the Hamburg photographer Jörg Müller in cooperation with the Goethe-Institut. The work of the Goethe-Institut includes a division Promotion of German Minorities. To this end, the Goethe-Institut is involved, for example, with funding programmes, grants and project work. Sponsors of the exhibition "5x Germany all over the World" are also VG Bild-Kunst, the Federal Ministry of the Interior, for Building and Home Affairs, Agentur Focus, Stiftung Verbundenheit mit den Deutschen im Ausland, DR. KURT LINSTER STIFTUNG and Nikon.“5× Germany Around the World”. In an interview with “The Latest at Goethe”, the photographer Jörg Müller tells us how his photography project – in cooperation with the Goethe-Institut – traced the footsteps of German emigrants.