Opening of the new Goethe-Institut building in Riga
European cohesion

Carola Lentz, President of the Goethe-Institut, during her opening speech in Riga. | Photo (detail): © Kaspars Garda

On the occasion of the opening of the new Institute building in Riga, president of the Goethe-Institut Carola Lentz spoke about the role of European cultural policy within a complex process of foreign policy realignment.

In Riga, Lentz said that the seventieth birthday of the Goethe-Institut had provided an opportune occasion to scrutinise the Institute’s history and to ask what might be learned from it for the future of the work of the Goethe-Institut, especially in the European context. As she stressed in her opening remarks, European cohesion continues to be exposed to various challenges. “Authoritarianism, illiberalism and radical right-wing and populist groups are continuing to advance; the issues of climate protection are becoming ever more pressing; the impact of the Covid-19 pandemic is being felt among the nations of Europe with varying degrees of severity. The intensification of geopolitical conflicts such as those in Belarus and now in Afghanistan — and the associated flight of large numbers of people — are proving to be a stern test of European solidarity.“ Europe cannot afford to shut itself off in this situation, Lentz said. 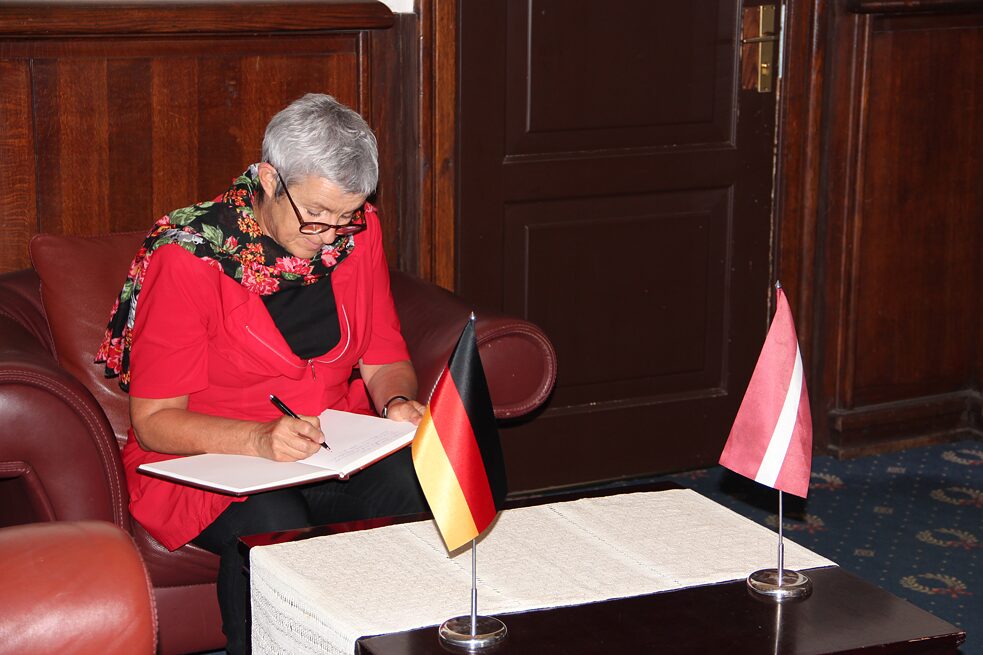 In response to the question of the role of cultural policy in this difficult process of foreign policy realignment, her answer was this: “I’m convinced that the cultural and linguistic work done by the Goethe-Institut and other European cultural agencies is indispensable to the task of fostering connections among European civil societies. If we want to underpin European and national foreign policies at the societal level, to follow those policies with a critical eye or perhaps even to change them, then we need these ties between societies.”