Collecting Europe
How might our present be viewed from the future?

What does Europe mean as an idea and how might our present situation be viewed from the future? These questions are not new: Europe’s history has always been characterised by shifting boundaries, political and economic upheaval, migration and the displacement of people. With this in mind, we have asked 12 artists to imagine themselves in the year 4017, looking back and making sense of where we are now. The installations will go on display throughout the V&A from 1 - 7 February 2017 as part of the week-long festival, Collecting Europe. Here you can read what the artists expect from Europe in 4017.

Photo: IF00 Our contribution, Europa, asks people 'If we were to reinvent our democratic institutions for a digital age, what would they look like?' We imagine a future in which digital institutions can transcend borders in the same way that digital corporations already do […] Our governments and institutions were designed for a different industrial age. Unless they reform fast, they will become increasingly obsolete. They will find themselves trying to govern a world that runs in code, armed only with a pencil.

Photo: Philip Sinden courtesy of Grey Goose I hope Collecting Europe will provoke debate about the future of Europe, asking people to question the artistic legacy that Europe both inspires and contains.

Photo: Srinivas Kuruganti We understood the invitation as a playful engagement with Europe, less burdened with weights of present conundrums, definitions, and anxieties, and more with possibilities of latent energies performed with laughter. 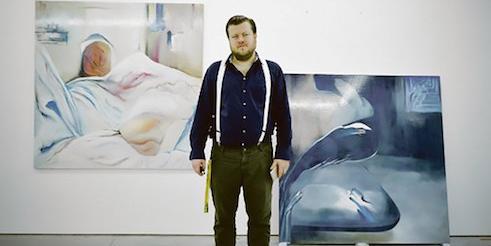 Photo: Karolina Spolniewski I approached the project by asking: How would the biggest data companies in the world and the newest visual data analysis techniques look at a complicated concept like European culture?

Photo: Fru*Fru We have conceived a future culture for Europe and Asia in 4017: the Eurasic Kingdom. A space with no boundaries, neither territorial nor political, where the classic dichotomies will disappear: animal/mechanical, natural/artificial, masculine/feminine, public/private will no longer make sense in Eurasia.

Collecting Europe is a collaboration between the Goethe-Institut London and the V&A in partnership with the British Council. Created in a range of media from digital and interactive installations to film, sugar sculpture, tapestry, live performance, musical interventions and pocket-sized publications, the artworks will transform spaces across the Museum. The artists commissioned offer a range of viewpoints from within and outside Europe.

The festival will also include a range of discussions and workshops to encourage debate around what Europe and European identity means to people today, following the result of the UK referendum on EU membership in June 2016.

Collecting Europe will include a digital element, with a new micro-site. The site will ask questions and invite people across the globe to join the dialogue in a playful and interactive way, contributing opinions to change and shape a digital Europe.