Mexibility
We are in the city - we cannot leave it

Mobility, not as physical movement in the city, but as a question of social, economic and ecological movement, is the focus of Mexibility. The project was realized as part of the Year of Germany by the Goethe-Institut in Mexico and uses mapping, photography and narrative to make social and political circumstances palpable.

Mexibility consists of urban interventions, an atlas and an exhibition along with a wide-ranging accompanying programme. The project subtitle is taken from the 1987 poem “Hablo de la ciudad” (“I Speak of the City”) by Octavio Paz that describes a fictional city. The results and processes of seven mobility interventions by German and Mexican artists have been documented in the project’s final exhibition since March. Phenomena of Mexico’s present and past are examined critically in the context of current social challenges along seven axes. Artists take a look at these seven mobility axes in the publication Mexibility, Estamos en la ciudad, no podemos salir de ella (Mexico City 2017). 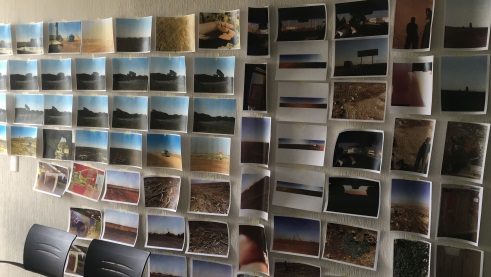 I. History of mobility

From 1500 BC, Mesoamerica was a small world that people walked on foot – riding animals or the use of other means of transport was not necessary – over thousands of kilometres, over mountains and through valleys, physically, not only through indirect contacts. Indeed, pre-Columbian Mesoamerica was a largely mobile world. 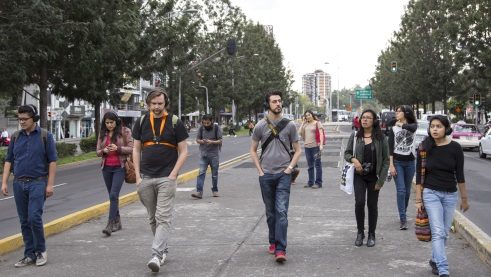 “Torment” is the word that best describes mobility in Mexico City. Anyone living in the city spends about four hours every day moving about in it. This means that two million people – every second inhabitant of Mexico – spends an entire month of the year moving about in the capital city.

Mariana Gándara in her essay “Mexico City Drift Club, or How to Recover Your Sight in a Few Easy Steps” 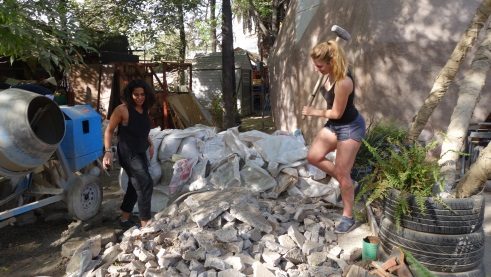 III. Economic mobility in the context of neoliberalism and globalization

Social mobility has transformed the tone and rhythm of Mexico’s social, productive and political structures. In addition to capitalist societal progress, education, life expectancy, health care, social, civic and economic rights, this transformation also involves state-driven urbanization and industrialization.
Unlike in other emerging countries, this development is possible due to the wealth of the country and the size and dynamics of its internal market.

Alicia Puyana, Mexico: The Strength of a Nation That Never Ceases to Surprise 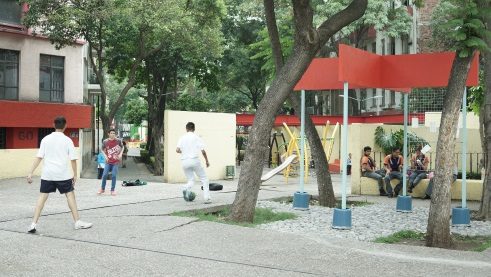 The negative development in housing conditions for a majority of the Mexican population is an important factor in family development. Combined with other social factors, it explains the lack of social mobility in Mexico over recent decades. 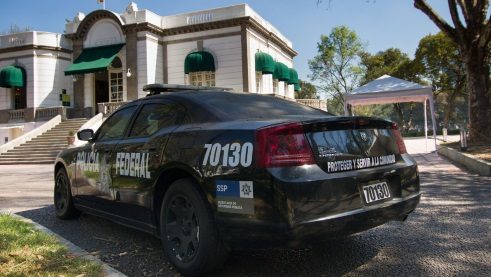 Christoph Faulhaber launched a critical discourse on Mexico’s current situation and simultaneously experimented sculpturally and aesthetically with the confrontations of language, technology and materials: the police patrol car as a symbol of corruption and crime, the press and its discourse on everyday reality as an example of organic decomposition as well as the transformation of the most powerful symbol of national identity (the Mexican flag) into the categorical word MIERDA.

Victor Palacios, Mexicanization: The Work of Art as a Sovereign Reproduction of Punishment 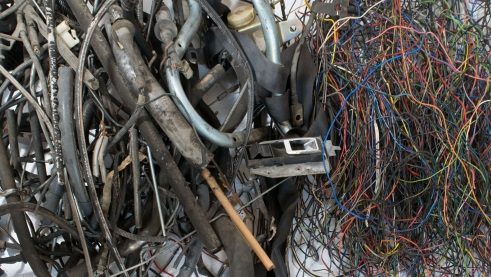 With regard to trade relations between Mexico and Germany, large automobile factories have existed in Mexico since the 1960s. As a result, our first conversations dealt with the emissions scandal at Volkswagen and the no less well-known Hoy No Circula programme for reducing air pollution in Mexico City, but primarily resulted in the topic of mobility as a need for large-scale urbanization projects in the valley of Mexico.

Paola Santoscoy, In Spite of It All 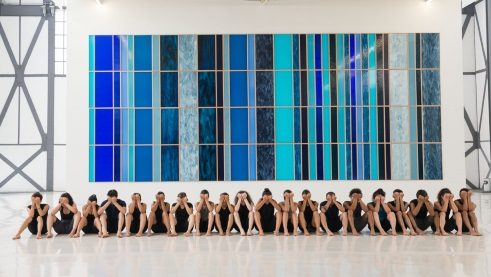 
All Statements are taken from “On Space, Time, and Movement as a Principle in Mesoamerica.”