The fifth issue of das goethe will be published on 15 March. It is dedicated to language, learning languages and multilingualism in South Africa, Estonia and China. We also ask whether computers could ever make the dream of all people being able to understand one another come true. Alexander Görlach spoke about it with the French linguist Thierry Poibeau.

Alexander Görlach: Your most recent book is called Machine Translation: What do you find fascinating about this link between humans and machines?

Thierry Poibeau: On the one hand, we learn our mother tongue effortlessly in childhood. On the other hand, analysing a language using computer programs is still very difficult. We still know too little about the complexity of language. 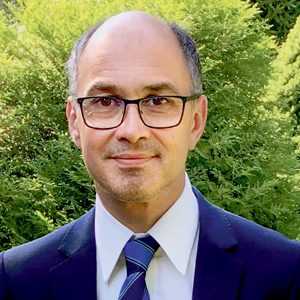 Language is far too complex

So what don’t we know about language?

A great deal! For example, there is a heated debate over whether or not there is a system underlying all languages. We also don’t know much about how children learn a language. Some researchers say that it is too complex to learn by listening alone. The proponents of this poverty-of-the-stimulus argument assume that there are specialised areas for it in the brain. But this language acquisition device model is also very hypothetical and contentious.

Language is also shaped by cultural contexts. Taboos are a good example of that. Can such sensitivities be implemented by technologies?

Machines don’t know when they’re being insulting or embarrassing. There is no cultural adaptation in these systems – and I also don’t think that translation systems should be programmed for it. Translation programs should translate, nothing more.

To understand grammars, dual meanings and contexts, computers need to analyse large quantities of texts. Yet the problem remains that the meaning of words can be very different depending on the context. Will that ever be solved?

On their own, many words are sometimes quite different in meaning. In a specific context, however, there are far fewer differences. That’s why such programs also need as large and broad a database as possible. That way they can learn rules and recognise the meanings of a word in different contexts. But you’re asking the right question, of course – ultimately, the database will always be too small for that. For this reason, we want to develop programs that work reliably with as little data as possible. 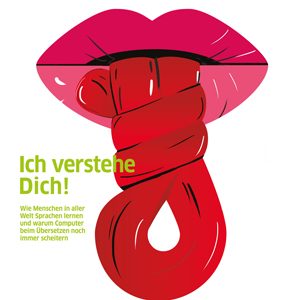 How people learn languages around the world and why computers are failing at translations | Illustration: Petya Zapryanova

Will machines ever be able to keep up with the evolution of language? After all, we’re always inventing new words.

Linguistic creativity and creativity in general are very fascinating, especially when it comes to computers. But the challenge we face in machine translation actually has nothing to do with creativity. Instead the challenge is to feed the programs with all the new words as soon as they are coined. Otherwise it will be difficult to translate meaningfully.

Is our way of speaking ingenious?

That’s exactly what we don’t know. On the one hand, language is very simple – almost every person speaks at least one language. But when it comes to discovering the rule-like structures behind it, it becomes very difficult. This also shows that we still know too little about the nature of language.

Creativity has always been considered a basic human trait.

Certainly, but in many cases you would hardly be able to tell whether a human or a machine is behind it. I know impressive examples – for example from music. And don’t forget that we humans also learn our creative abilities through imitating and copying.

"das goethe" is the Goethe-Institut’s biannual cultural magazine. The first 2018 issue will be published on 15 March 2018 and explores language, learning languages and multilingualism in South Africa, Estonia and China.

Thierry Poibeau is the director of Laboratoire Lattice (Langues, Textes, Traitements informatiques et Cognition) in Paris. The linguist has worked for many years in the field of machine language processing.

Alexander Görlach is an F. D. Roosevelt Foundation Affiliate Professor at Harvard University College and Senior Fellow to the Carnegie Council for Ethics in International Affairs. Artificial Intelligence is among the linguist and theologian’s interests.