Five young playwrights from different continents came together for an entire season to develop plays. They tell of opening and closing oneself, of the differences and the in-between spaces that make encounters possible in the first place. This summer, all of the works, which have been translated into German with the support of the Goethe-Institut, will premier at the Marstall in Munich.

What happens when you bring authors from different continents together for a conversation? How do these five people, all between the ages of 30 and 40, react to each other? And what perceptions of the present-day coalesce from the different perspectives of Susanna Fournier from Canada, Zainabu Jallo from Nigeria, Maria Milisavljevic from Germany, Santiago Sanguinetti from Uruguay and Pat To Yan from Hong Kong? 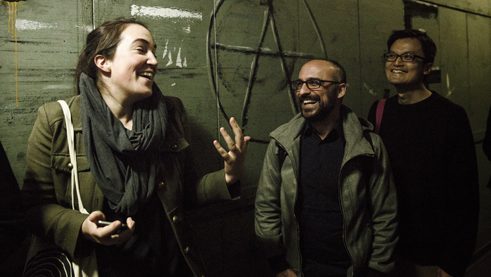 “The whole thing is like a chemistry experiment,” says Sebastian Huber, chief dramaturge at Munich’s Residenztheater. “At first we weren’t so sure: Will there be any reaction at all? Or are the differences perhaps too big?” A kick-off workshop in November 2017 eliminated any doubts. It soon proved it was the right chemistry. The playwrights had arrived with outlines and first drafts of plays. In their discussions about them, similarities quickly became apparent.

“Inside or outside? We and the unknown!” These are the extremes that he and his colleagues worked with, explains Pat To Yan. Depending on their origin, the topic has a different sense of urgency. In Hong Kong, for example, Pat To Yan fights censorship, which strictly limits his growth. So it’s not surprising that at the Munich Residenztheater he feels as if he were in a dramaturges’ paradise. Zainabu Jallo from Nigeria contributes a very tangible picture of the plights that drive people to risk their lives to cross borders. Of course, it’s not without irony and is very telling about our present that borders emerged as a connecting theme. In the work process, this bitter realisation certainly formed a solid foundation that the writers could build upon together. 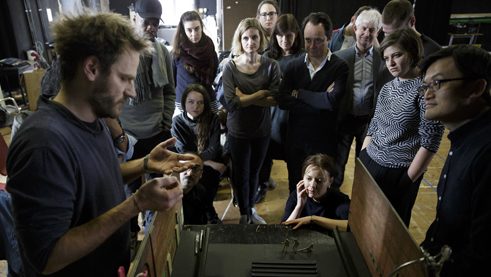 The authors had time to write their plays until March 2018. The Goethe-Institut arranged to have them translated into German. Then the directorial teams joined in to rehearse the plays with the ensemble of the Residenztheater. Together they fine-tuned the dramaturgy and dialogues. In the early summer, rehearsals finally began.

Pat To Yan’s Bis ans Ende ihrer Tage (To the End of Their Days), for example, tells the story of a pair of siblings who, after an unspecified disaster, stray into a restricted zone. Susanna Fournier adapted the myth of Antigone, and in Auf ewig unser Gestern (Forever Our Yesterday), Maria Milisavljevic composed a symphony of voices with "in which the boundaries blur between the present and the past, home-comers and home-seekers."

Taken together, the result is a profoundly grim picture of this world: wars, crises, apocalyptic outlook. "Sure, that’s uncomfortable for the audience," says Zainabu Jallo, but thinking about the state of the world is the prerequisite for changing anything. "And," adds Maria Milisavljevic, "we write beyond the end!" Theatre can’t change the world, "but it can give space to ideas that reality stifles." 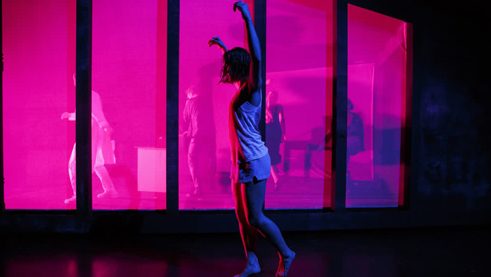 Scene from "Antigone lebt" (Antigone lives). | Photo: Konrad Fersterer In the encounter with such ideas, the theatre offers a utopian space. But it also enables encounters between people in the real and tangible sense. This is especially true of the Welt / Bühne (World / Stage) project: First it gathered theatre-makers from all over the world in Munich. Now they create a new melange with the local audience. The experiment continues. What energies will this encounter process release? We’ll see.

In cooperation with the Goethe-Institut, the Friends of the Residenztheater, Ludwig-Maximilians-Universität and the Theaterakademie August Everding, the dramaturges Susanne Fournier (Canada), Zainabu Jallo (Nigeria), Maria Milisavljevic (Germany), Santiago Sanguinetti (Uruguay) and Pat-To Yan (Hong Kong) attended a writing workshop in November 2017 to exchange ideas and write short plays. These were premiered by five directors in June 2018 at the Marstall.