The Year of Germany in the United States, sponsored by the German Foreign Office, implemented by the Goethe-Institut and supported by the Federation of German Industries (BDI), will begin on 3 October in Washington DC. Under the motto “Wunderbar together,” more than 1,000 events are planned in all of the American states. Now, the Year of Germany will be presented to the German public for the first time.

On 25 and 26 August, those involved in the Year of Germany in the USA 2018/2019 will introduce themselves for the first time as part of the Open Day of the Federal Government in the Kulturzelt, set up especially for the occasion, on Potsdamer Platz in Berlin. For two days, a forum for transatlantic dialogue and exchange will be offered. In addition to an exhibition by the Allied Museum on the 70th Anniversary of the Berlin Airlift and a reading by children’s author Cornelia Funke, the Berlin break dancers Flying Steps will also be performing.

The President of the Federation of German Industries, Dieter Kempf, writer Cornelia Funke, re: publica founder Markus Beckedahl, entertainer Gayle Tufts and New York Times correspondent Melissa Eddy will also meet with the President of the Goethe-Institut, Klaus-Dieter Lehmann, for a panel discussion. It is entitled “Germany and the USA - foreign friends? What politics, economy and culture have to achieve now.”

Commenting on the Year of Germany programme, Lehmann said, “The Year of Germany offers a broad spectrum from art, science, business, media and civil society. Educational and cultural relationships are particularly suitable for documenting common values and added value. Germany brings along experience of European diversity, has an innovative knowledge and learning community and, with its open, liberal and discursive structure, offers good conditions for an adaptable society.”

In a morning press conference, Johannes Ebert, Secretary-General of the Goethe-Institut, emphasised the importance of German-American exchange programmes, stating, “Exchange and getting to know each other are at the core of understanding. Educational and cultural programmes in particular are effective means for addressing even critical points in the German-American relationship and for achieving a common understanding. With ‘Wunderbar together,’ the Year of Germany in the USA, we are therefore strengthening diversified and lasting encounters and exchange programmes such as the TOP (Transatlantic Outreach Program) and GAPP (German American Partnership Program).” 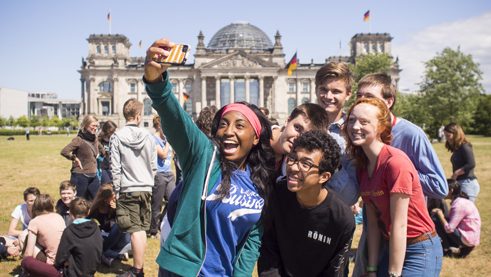 The programme of the Year of Germany in the USA is not only extensive, but also diverse. “We want to communicate with people in the US about issues that are important to our societies - both on the east and west coasts and in the heartland of America,” said Andreas Görgen, Head of Culture and Communication at the Foreign Office.

In addition to topics such as culture, language and education, freedom and diversity as well as the environment and sustainability, it is also about economic issues. The German industry is therefore also supporting the Year of Germany in the USA. Stefan Mair, member of the BDI executive board, emphasised, “Our companies employ nearly 700,000 people in the United States. They have invested about 373 billion US dollars in the country. This makes them the fourth most important foreign employer and investor in the US.” 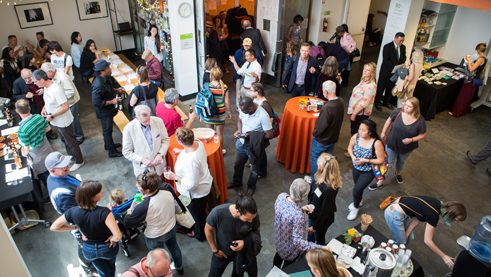