Year of Germany in the USA
Our American Friends

Mutual launch of the Year of Germany in the USA in Washington, DC | Photo: John Harrington

A warm late summer evening on German Unity Day in Washington, DC offered Federal Foreign Minister Heiko Maas the perfect setting to open the Year of Germany in the USA in the garden of the German Ambassador’s residence. “For us Germans, America is and will remain our most important partner outside Europe.”

Work must be done on this partnership, Maas continued, saying, “That means creating new networks and promoting bonds that we have neglected for too long.” For since Donald Trump’s presidency at the latest, German-American friendship is no longer taken for granted. When the US president talks about Germany, it’s mostly about trade tariffs and defense spending. Trump and his constituents seem to have little interest in time-honoured alliances. 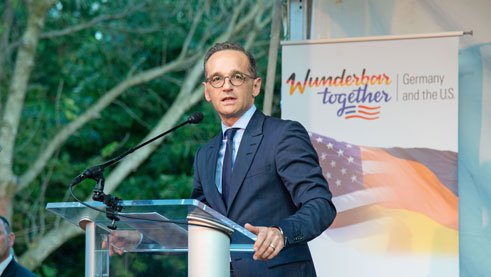 
And to take account of this fact, the Goethe-Institut, as project leader, has focused not only on the liberal cities on the east and west coasts, but also on the nation’s interior. Until the end of 2019, around 200 partners from both countries will participate; more than 1,000 events in all 50 US states are on the agenda. The Federal Foreign Office is funding this unique project with support from the Federation of German Industries. 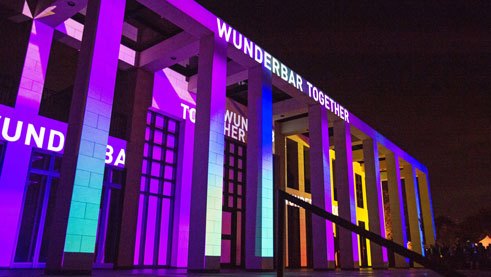 Light installation by the Bremen artists’ collective URBANSCREEN | Photo: John Harrington Education, science, culture and business are among the wide range of interests aiming to provide for an exchange with American civil society. The motto “Wunderbar Together” is based on common values such as democracy and freedom, which have shaped and united Germany and the USA in their post-war history more than ever. Klaus-Dieter Lehmann, president of the Goethe-Institut, emphasised this in his speech and made it clear that it would be almost impossible to unravel the interdependence that has grown over the centuries, even if one or another stakeholder were to drop out.


Dialogue with US civil society


It is therefore only natural for the Goethe-Institut in the USA to expand its projects beyond its locations in Boston, Chicago, New York, Washington, San Francisco and Los Angeles. So Goethe Pop Ups will be opened in cities such as Houston, Kansas City, Seattle and Minneapolis with the aim of reaching those Americans in particular who have no relationship to Germany, or not beyond the clichés of German beer and football, with actions and events in the fields of education, culture and business. 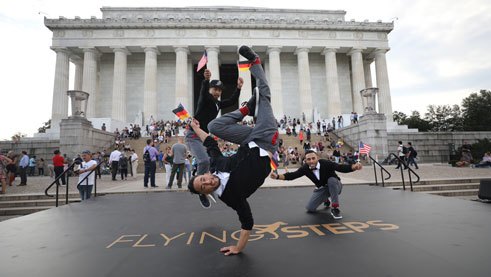 Dance performance by the Flying Steps in front of the Lincoln Memorial | Photo: Nicole Glass Speaking of beer: With his “Wiesn in a Box,” Berlin designer Steen T. Kittl ties in with the Oktoberfest, which is extremely popular in the States. In cooperation with local beer gardens and bars, mini-Oktoberfests will be held throughout the year, with German beer and pretzels, of course. The German language will be brought to American high schools and universities by educational professionals in the “WanderbUS,” which will travel through 48 states to encourage pupils and students to learn German.


An important initiative at the right time


What can such dialogues achieve in this new era? Johannes Ebert, secretary-general of the Goethe-Institut, sees it this way: “Educational and cultural programmes in particular are effective means for addressing difficult issues in the German-American relationship and to achieve a common understanding. ‘Wunderbar Together’ is therefore an important initiative at just the right time.” 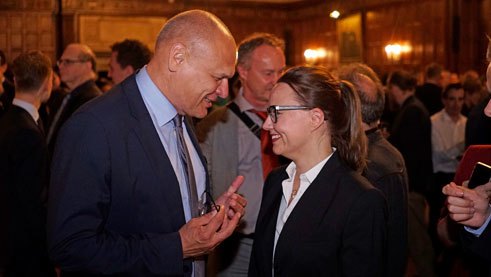 The initiative Wunderbar Together – Germany and the U.S. is sponsored by the Federal Foreign Office, realised by the Goethe-Institut and supported by the Federation of German Industries (BDI). BASF, the BMW Group, SAP, Schaeffler and Siemens are already involved as part of the Pop Up Tour planned for 2019.