Digital Network University
“We need spaces in which we can have incisive but open discussions.”

The preparations lasted two years. Now the Digital Network University, a project by the Goethe-Institut with universities from Germany, Austria, Russia, Georgia and Ukraine, has officially launched in Berlin. The focus is on international cooperation and conflict prevention.

Education ought to work across borders even in times of crisis: That is the main goal of the Digital Network University. In the current 2018-2019 winter semester, students can already take e-learning courses on topics such as Sustainable Development or Peace Studies. 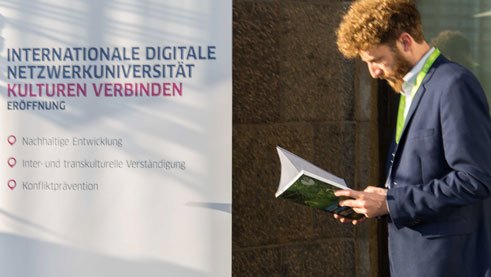 Svetlana Tachtarova, who teaches at Kazan Federal University, one of the participating universities, emphasised that subjects such as sustainability are unfortunately still lacking at her institution, adding, “That’s why we attach great importance to courses developed on this subject.” Digital forms of teaching will be integrated in the seminars, whether via a laptop, smartphone, Skype, blogs, Moodle or social media, said Klaus-Dieter Lehmann, President of the Goethe-Institut, in his speech at the founding event.

Anne Schönhagen of the Goethe-Institut Moscow played a major role in shaping the Network University. “We needed two years to get where we are now,” she says, remembering the kick-off event at a 2016 Winter Academy in Kazan. At that time, the Kazan recommendations were formulated: “How can our educational institutions act in a conflict-preventive manner? How can we explore common values and create freedom of education and an international learning community?” 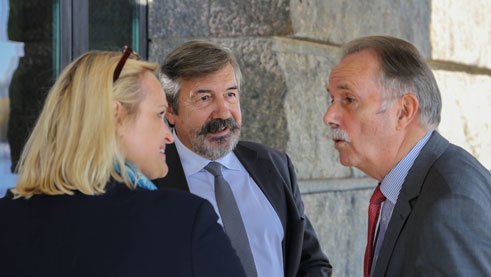 Looking at common themes from a different viewpoint

The Network University offers three types of courses: introductory, advanced and anchor courses. At least three countries are jointly developing the anchor courses. One, called Shaping the Future: Education for Sustainable Development/Challenge Management, will start in the 2018/2019 winter semester. “This course is already full with 25 enrolled students. It seems to be going very well,” reports Schönhagen. The entire course is being held on the Moodle platform of the Goethe-Institut.

Janine Nuyken, Vice President of Viadrina European University, emphasises that funding is not the only key to this project, noting, “Our resources are very interested students who look at common themes from a very different viewpoint.” 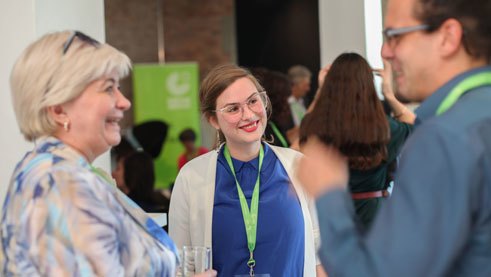 The participating academics from Georgia and Ukraine in particular hope that the Network University will strengthen democratic processes and a free discussion culture in their countries. Nino Doborjginidze, the Prorector of Ilia State University in Tbilisi, hopes to find a solution to urgent problems that have not been addressed effectively enough at the political level, saying, “We are post-Soviet universities and need spaces in which we can have incisive but open discussions.”

Mykhailo Minakov from Ukraine, who is currently teaching at Viadrina European University as a visiting DAAD professor, is concerned that the rulers in his country could influence education processes. “Today a long authoritarian belt stretches from Ankara to Moscow. Not all topics can be discussed openly in our country. I believe that the situation in Eastern Europe is continuing to deteriorate.” Germany, on the other hand, remains a place for discussion. 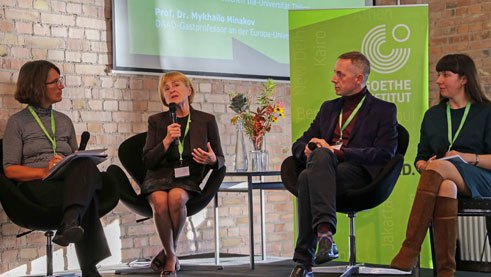 Looking optimistically at the future

Despite these thoughtful nuances, the founding event looks optimistically at the future, according to the words of Rüdiger Bolz of the Goethe-Institut Moscow, who said, “This project has succeeded in ensuring that experts have agreed on educational goals, and bureaucracy and scepticism have not played a role so far. If we keep up this dynamic, I have no qualms.”