Excerpt from the film by Thi Nguyen | Photo: Goethe-Institut

​On 25 October 2018, the latest issue of das goethe will be published. The issue’s theme is freedom: not just freedom in far-away regions and authoritarian systems, but also our own. You can read here in advance how artists from all over the world deal in short films with the increasing restrictions to freedom of expression.

The case of Pawel Machcewicz was in the news throughout Europe in 2017. Machcewicz was dismissed as director of the Museum of the Second World War in Gdansk. The right-wing conservative Polish government criticised the historian’s alleged excessively pacifist exhibition concept and the explicit portrayal of Polish anti-Semitism. Another example came from Russia: The teaching license of the European University of St. Petersburg was revoked in August 2017. The institution fought back; meanwhile the university is still running at least to a limited extent again. Two universities in Budapest were also affected by government attacks. The Hungarian government wants to ban gender studies there, and the ban has already been initiated at the state university. These are all examples of how governments react to disapproving voices in academia with censorship and repression.

Against the silence of civil society

Twenty-five artists from around the world put some thought into these issues and made 45-second short films. CUT IT OUT: International Project Against Censorship by the Goethe-Institut in cooperation with Arte and the Berlinale deals with the mechanisms of censorship. The topics are as diverse as the participants’ countries of origin. Even if the political situation in their home countries is different, all directors are united by their desire to become active in solidarity against censorship. The Israeli director Anat Even, for example, employs a subtle aesthetic to make her point clear: Her film shows a blind that gradually darkens a living space until neither light nor sound penetrates it. 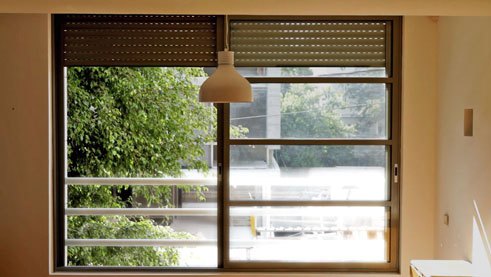 Scene from a film by Anat Even | Photo: Goethe-Institut Even wanted to illustrate citizens’ withdrawal into their own four walls. “Sadly, we’re not hearing enough criticism of the state in Israel right now,” says Anat Even, “despite the terrible things that are happening here.” For her, the silence of civil society is caused by people being afraid to express their political opinions in an atmosphere of incitement and persecution. Brazil’s Ana Luiza Azevedo is also worried that civil society is not being heard: If people don’t dare to express their opinions, disapproving voices would be silenced – in her homeland with violence and even murder. In her film she addresses the murder of Marielle Franco, a young Black lesbian politician who was elected to the City Council of Rio de Janeiro in 2016 and shot dead in her car in March 2018. “Franco’s murder was an attempt to silence all that she represented,” bemoans Azevedo.

For freedom in the arts

But there have also been plenty of debates over freedom in the arts worldwide lately. In the course of the MeToo debate, there have been several cases of artworks being condemned as sexist. In Manchester, the Art Gallery temporarily removed a painting of nude nymphs by the pre-Raphaelite John William Waterhouse. Some critics vilify works by the painter Balthus as voyeuristic and paedophile. The poem “Avenidas” by Eugen Gomringer was painted over on the wall of the Alice Salomon University of Applied Sciences in Berlin because student representatives found it misogynistic. Is it censorship when poetry or art is removed from the public space, or is it a legitimate act because people see gender equality being attacked? This is a question that is being discussed by many.

Vietnamese filmmaker Thi Nguyen also addresses the way that art comes under pressure, albeit in a different way. Her film recalls an incident in 2010: During a festival, an artist had shown herself nude in a performance, which caused a scandal and eventually led to the closing of the Nha San Studio art space in Hanoi by the police. By filming artists as they undress in front of the camera as a sign of protest against the closure of the art space, Ngyuen expresses her solidarity with the performance that created the uproar and conveys her outrage. While Nguyen is concerned about current events, the Russian artist Nicolai Nasedkin looks to the past and remembers the politically persecuted during Stalinism who still don’t receive sufficient recognition in the country today. For Nasedkin, actions are timely when they have less of a direct political than a commemorative character because, he says, “Until we deal with the horrors of Stalinism, we will not be free.”


You can read a complete version of the article in "das goethe" from Thursday on.
Author: Anette Walter

das goethe is the cultural magazine of the Goethe-Institut. It is issued twice a year. The second 2018 issue will be published on 25 October 2018 in the subscription issue of ZEIT and deals with the subject of freedom, with contributions by, for example, the Pulitzer Prize winner David K. Shipler, the Angolan writer Ondjaki and a critical survey of populism by the Polish journalists Jaroslaw Kuisz and Karolina Wigura.

At the initiative of the Goethe-Institut, well-known directors from 20 countries created short films against censorship, each lasting a maximum of 45 seconds. The films are a visible signal of solidarity with people in all those countries where freedom of expression is restricted. They want to draw attention to the danger of censorship, which also threatens purportedly liberal societies. The German-French cultural channel ARTE is the media partner.