Johannes Ebert, Heiko Maas and Klaus-Dieter Lehmann at the presentation of the Kulturakademie Tarabya in Berlin | Photo: Dawin Meckel

Kulturakademie Tarabya is presenting itself in Berlin for the first time as Studio Bosporus. The artists’ house, operated by the German Embassy in Ankara and curated by the Goethe-Institut, contributes to strong German-Turkish cultural exchange even in times of cultural-policy tensions.

The Goethe-Institut traditionally celebrates its summer festival at the Berlin Museum for Contemporary Art, Hamburger Bahnhof. Always well attended, it’s one of the important dates of the year for the network of culture and politics. The first presentation of the Kulturakademie Tarabya in Berlin drew a similarly large crowd. Founded in 2011, the white villa on the Bosporus has since awarded 4 to 8-month scholarships to 74 artists. 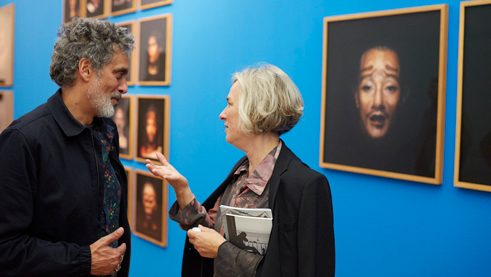 Places that create the future

“I am in love with Istanbul,” raved the jazz singer Michael Schiefels, who was there as a guest. The poet Max Czollek, in his poetic prose, “Alternative Facts About the Bosporus,” dwells on the history of the place, which is closely linked to the First World War. There’s a German military cemetery in Tarabya. The Bosporus mansion of the Turkish president stands on the neighbouring property. Klaus-Dieter Lehmann, the president of the Goethe-Institut, which artistically oversees the academy, describes the situation as follows: “Artist residencies like Tarabya are not lone isles of bliss, but free places of inspiration, of encounters and artistic work. They are ambitious places that create the future.”


Cultural mediation is a political issue

Before the future is the present. “Despite the reduction of free spaces, we will stand by our commitment to our partnerships,” promises Lehmann. Artists and intellectuals were arrested again last weekend in Turkey. Asena Günal, managing director of the non-profit cultural foundation Anadolu Kültür, was not allowed to come to Berlin. Her chair at the Tarabya performance remained empty. Foundation founder Osman Kavala has been in custody for more than a year. In a video message, Günal spoke of the “increasing importance that cultural cooperation between two countries gains in such difficult times. As a result, we do not feel isolated and alone.” For the Goethe-Institut and its international partners, repression is part of everyday life. The selection jury for Tarabya also has to deal with the question of danger. Cultural mediation is a political issue, and many of the works that were created in the historic summer residence of the German Embassy clearly show it – like Tugsal Mogul’s theatre project Auch Deutsche unter den Opfern about the NSU trial. 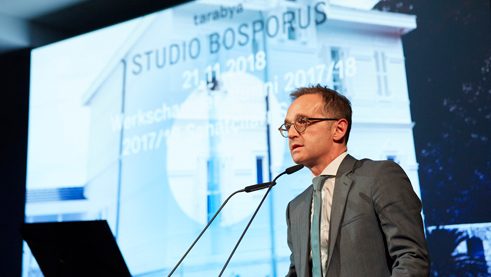 “There is hardly any other country to which Germany has closer human relations than to Turkey,” said Federal Foreign Minister Heiko Maas at the Hamburger Bahnhof. “But we’ve also recently noticed that political conflicts taking place in Turkey have a divisive effect here as well and some are deliberately stoked. We don’t want to let that happen. We’re therefore doing our utmost to strengthen what binds us together.” He concluded by saying, “Art has to be free. Artists have to be free. Let’s protect these free places – not only in Tarabya, but everywhere in Germany and Turkey.” Back when the first scholarship holders went to Tarabya, they had no idea how rapidly Turkey would change, how fragile democracy and civil society are. The threat is now palpable in the art from Studio Bosporus shown in Berlin: in Philipp Lachenmann’s video “Turkish Night” of Taksim Square or the performance “Schattenpapier” by Nora Krahl and Sena Basöz. 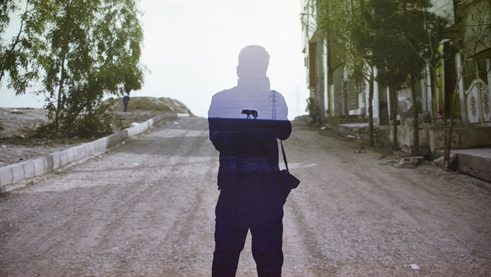 Rüdiger Schaper heads the arts department at the Tagesspiegel in Berlin.

Kulturakademie Tarabya has been offering artists living in Germany residencies in Turkey to work and network with the Turkish cultural scene since 2012. The artists’ house, operated by the German Embassy in Ankara and curated by the Goethe-Institut, contributes to strong German-Turkish cultural exchange even in times of cultural-policy tensions. On 21 November 2018, Federal Foreign Minister Heiko Maas and Goethe-Institut President Klaus-Dieter Lehmann opened the first show by the artists’ residence in Germany: 27 scholarship holders from the 2017/2018 year, including Philipp Lachenmann, Max Czollek, Angelika Overath and Nora Krahl, presented their work for one evening as Studio Bosporus at the Hamburger Bahnhof in Berlin.