"Unseen. Looking at Europe"
Out of Sight, Out of Mind

While European cities like Berlin or Paris grow ever larger, there are regions in Europe that are characterised by a complete lack of prospects. But how do people in these out-of-sight areas live? At the invitation of the Goethe-Institut, four photographers embarked on a journey to Albania, Germany, Italy and Belarus in order to shed light on various life worlds and family stories.

Far from the urban centres, there’s a Europe that we rarely glimpse, whose inhabitants increasingly remain unseen. For the project In the Shadows – Families in Europe, four photographers from Albania, Belarus, Germany and Italy travelled both in their own country and to one of the other countries, accompanied by local journalists. The resulting works culminated in the exhibition Unseen. Looking at Europe. Four photographers on the road, which opened yesterday at MiCamera, a place dedicated to photography and lens-based arts in Milan. Their pictures, videos and articles take the audience into different life worlds and family stories to illuminate the foreign and the familiar, what’s different and what we have in common. How do people in these out-of-sight areas live, what moves them? What does the women’s commissioner Sandy from Wolfen dream of, or 15-year-old Klejda from Puke, a small village in Albania? What moves Salvatore, the miner from Sulcis in Sardinia? What is the farmer Marija in Pinks, Belarus thinking about when she leafs through her family album? 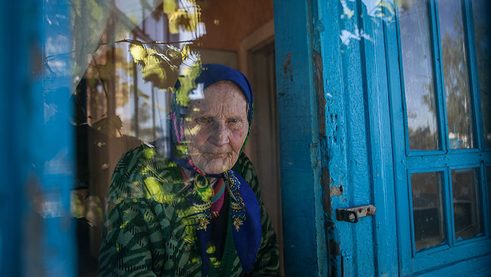 Portrait of a widow in Polesia | Photo: Andrei Liankevich

Jutta Benzenberg, Mila Teshaieva, Andrei Liankevich and Livio Senigalliesi present works from regions characterised by unemployment and lack of prospects, focusing on areas that society has evidently lost sight of. These include rural areas and small settlements in Albania, the extensive moorlands of Polesia in Belarus, the former industrial district in Saxony-Anhalt and the coal-mining region of Sulcis in Sardinia, which is currently being dismantled. 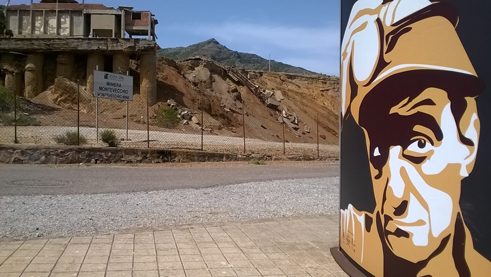 Mine in Sardinia | Photo: Livio Senigalliesi

The Albanian photographer Jutta Benzenberg gives us a look at the daily lives of women in eastern German border regions. In his native Belarus, Andrei Liankevich observed the lives of fishermen and abandoned women in the wetlands of Polesia. In Sardinia, in turn, he met people whose lives are shaped by their work in the mines. Italian photographer Livio Senigalliesi also journeyed in Sardinia and Belarus. His photos tell of rhythms of life far removed from technology-besieged modernity and of people who are left to tend for themselves. Both traced ancient traditions and rituals. German photographer Mila Teshaieva explored regions in Albania and Germany that are united by the feeling of being cut off from growth and progress. Her pictures show moments of coexistence and testify to solidarity and great willpower, especially among young women. 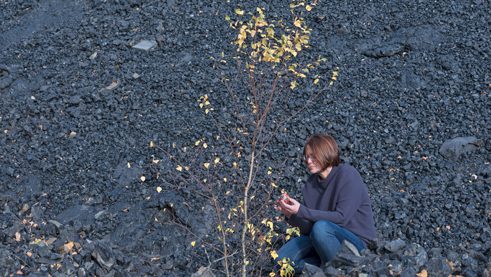 The exhibition opening in Milan attracted many visitors. They were united in their curiosity to learn more about life in regions that are not so far away geographically, but seem infinitely distant in their unfamiliarity. Who knows that women work underground in Sardinia’s last mine or that Polesia exists? The auteur photography makes the unknown visible and offers impressions that have almost disappeared from our modern perceptions. 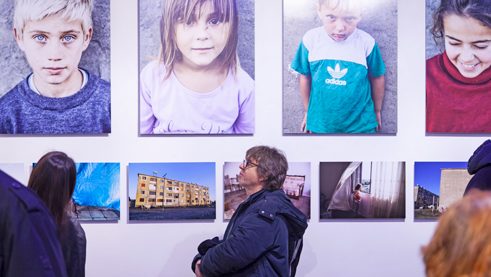 Following its showing in Milan, the exhibition will travel on to the Museo di Roma in Rome from 21 March until 26 May 2019 and to Minsk from 1 until 29 September 2019. It will stop in Tirana for the Month of German Culture in October 2019. Then, from 18 January until 28 February 2020, it will be shown at the Galerie der Kunststiftung Sachsen-Anhalt in Halle. The Unseen exhibition is part of the project In the Shadows – Families in Europe by the Goethe-Institut in cooperation with MiCamera Milano, Museo di Roma, Rome, Month of Photography Minsk, Kunststiftung des Landes Sachsen-Anhalt, Werkleitz-Gesellschaft, Ostkreuz Agency, Italian Embassy in Minsk, German Embassy in Tirana, Honorary Consul of Belarus in Sardinia, Director of the Archives of Sardinia Carbosulcis, CGIL Cagliari e Sulcis-Iglesiente, IGEA SpA, Buggerru Municipality, Association of Ex-Miners, women’s commissioners of the municipality and the museums of the municipality of Bitterfeld-Wolfen and local journalists.