“Five Million Incidents”: The Goethe-Instituts New Delhi and Kolkata are serious about the idea of the institute as a public space. Over a period of nine months, they are experimenting with the Raqs Media Collective with new forms of cultural programme work.

What happens when you rethink the idea of the public space? When, as a guest in a country, you become the host to grant space for a variety of other, unknown voices? Since August 2019, the Goethe-Instituts in New Delhi and Kolkata have been providing a stage for the “Five Million Incidents” project. 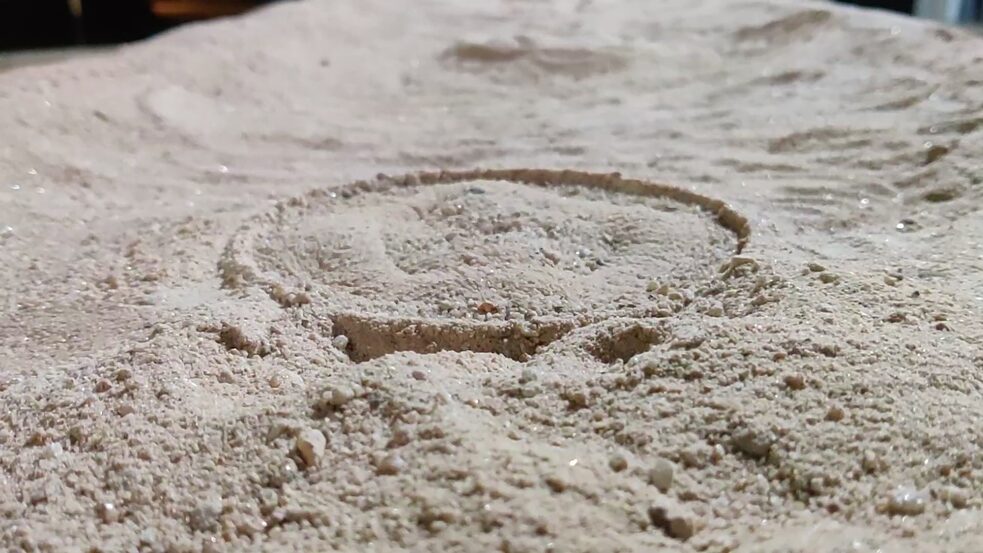 Delicate sand sculptures and a chatbot of small means

The New Delhi-based artist collective Raqs Media Collective took on the role of “catalysts.” Together with a mentor group made up of Goethe staff and external experts, a jury was formed that decided on the more than 200 submissions. Over 51 projects were selected and implemented by the artists. The spectrum of projects ranged from minimally invasive actions (a vending machine where you pay with your time) to the complete packaging of all the books in the library; from curated public dinners to sound installations; from delicate sand sculptures and the installation of a chatbot of small means to a monumental straw pavilion in which presentations and discussions took place. And that’s just the first round. It will end in early January with a 15-hour drum performance, which will also initiate the second round. It will end on 14 April, the birthday of the social reformer and “father of the Indian constitution” Bhimrao Ramji Ambedkar.

Naked lunch and gazing at the moon

As the title of the entire programme suggests, the aim was to provide a framework in which as many different forms of creating and observing time as possible can be accommodated and in which different artistic forms collide with one another. People sat opposite each other (only after registration) at a naked lunch or watched the moon and its slow journey through the night together in an observatory. New brief comments, advice or instructions in the form of five-line poems appeared daily on a display board on the fence of the institute. Various types of vegetables and fruit were subjected to a fermentation process over a period of one week and people debated the parallels between fermentation and the formation of a thought.

The daily routine of teaching and working at the institute was interrupted by raid-like interventions: performers rolled up the stairs, knocked imploringly against the library windows or laid themselves across the desk unannounced. Film presentations, readings and (often unplanned) public discussions produced condensations of time and turned the Goethe-Institut into a place of communication, of non-hierarchical discussion, into a public space in which the most varied forms of thinking about and working with the material of time can take place, and a safe space in which to think about what society one wishes to work towards.

Jyothidas KV: “Can You Feel the Bubble” | Photo: Annette Jacob

The transformation of a place

Five Million Incidents brought a large number of artists to the site who had previously been completely unknown to both the catalysts of the Raqs Media Collective and the mentors. With these new actors came a new audience. At the same time, there were numerous contacts with the language students, who are otherwise not involved in the cultural programme. Given the shrinking public space in New Delhi and Kolkata and the dwindling importance of public cultural institutions, the project has so far been extremely successful. After 14 April, we’ll know whether it can also set a lasting trend. 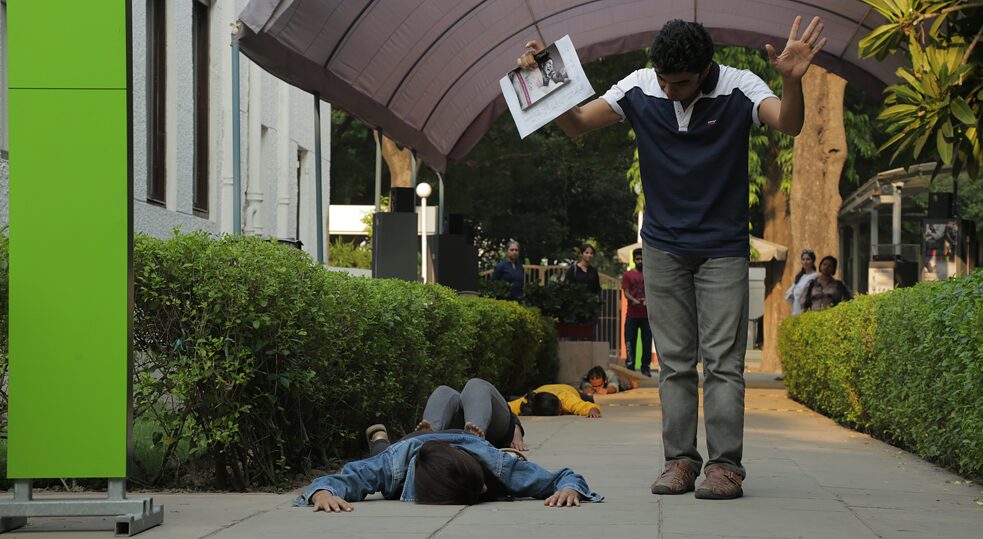 “Five Million Incidents” aims at expanding our notion of art. It invites actors, dancers, visual artists and others to experiment in the public space. The project, which takes place from April 2019 to April 2020 in cooperation with the Raqs Media Collective at the Goethe-Instituts New Delhi and Kolkata, is divided into a series of events on the political role of public institutions (museums, cultural institutions, universities) in India.