Leticia "Mother Tining" Bula-at is in her seventies and belongs to the Naneng Tribe in Kalinga, in the Cordillera Region of the Philippines. Mother Tining was 28 when the National Power Corporation and Philippine Constabulary arrived to begin construction of the dam. The women and men of Cordillera resisted: they dismantled the camps, built barricades, and confronted the soldiers. Despite physical violence, kidnapping and torture, the community’s protests endured, and Marcos’ dam never materialized. Mother Tining and other Indigenous activists continue to resist corporate and government takeovers of the Chico River and surrounding lands.

By Gantala Press and Nina Martinez 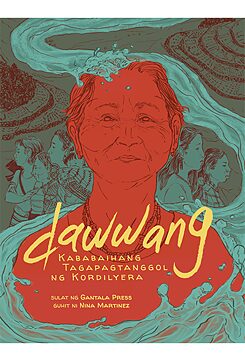 Although the authors were aware of the multifaceted history of Indigenous women leaders from the Philippines, they were overwhelmed by the richness of social practices and vernacular in Cordillera Indigenous culture.