Doña Herminia Gutiérrez Valencia (1922-2008) was a crucial protagonist in the fight for life and dignity in Milpa Alta, located in the southeastern corner of Mexico City, where people are still resisting dispossession of their Nahua heritage and their lands. In 1980 Doña Herminia was elected as San Lorenzo Tlacoyucan’s representative in order to defend common lands. For more than 25 years, she fought courageously against illegal logging. “El corazón de la neblina” (Morning Fog) is her story. 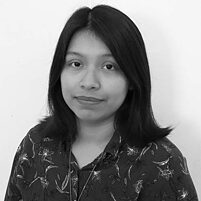 is a Mexican writer who lives in Milpa Alta, Mexico City. From 2017 to 2018 she was a grant holder of Fondo Nacional para la Cultura y las Artes (FONCA), financial support given to artists by the Mexican government.

She was part of Fundación Antonio Gala’s artist residency program in Cordoba, Spain from October 2019 to May 2020. She focuses on creating narratives in order to understand how people have resisted recent violence in her country. 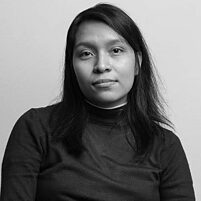 is a Mexican visual artist who has lived in Milpa Alta, Mexico City, since 2016. Her work is focused on illustration and comics. She is a student of Escuela Nacional de Pintura, Escultura y Grabado “La Esmeralda”.