Movements and Moments
The Story of Sangsan

In northern Thailand, the conflict between ethnic minorities and the military has been going on for more than 30 years, leaving many people stateless and undocumented. The law bars them from traveling, working, and owning land. In the village where people live with limited resources, numerous women and girls are bisexual and lesbian. They are discriminated against based on their gender and harassed based on their sexual orientation. They have no mechanisms to protect them there. This is a story about an empowering group that shows how women and girls can be the leaders of their change. 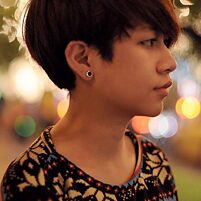 is a founder of Thaiconsent.in.th and Consentconnection.org making the concept of gender justice accessible for everyone. A graduate in Visual Communication Design and now pursuing a Social Design master’s degree, she aims to use design methodology to bring awareness and solutions to make the world a better place.

is an illustrator/graphic novel writer based in Bangkok. She loves using watercolors and crafting with small details. Her comic Dining by Incense Light won the 7 Books Award in the graphic novel genre in 2016. Besides being a comics professional, Supitcha is very aware of gender equality (especially concerning LGBTQ conditions), which is often reflected in her work. 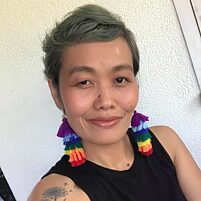 is the Executive Director of Sangsan Anakot Yaowachon, a civil society organization working with young people from marginalized communities, many of whom are indigenous in disaster-prone Thai villages at the border with Myanmar. She is from an ethnic minority and identifies as a lesbian feminist human-rights defender.