Is Facebook Responsible for Mass Killings in Myanmar? – The Role of Platforms

After five decades of military rule, Myanmar is opening up. At the same time, the country is undergoing a connectivity revolution. After liberalizing its telecommunications market, the country jumped straight to smartphones. With more than 20 million users, Facebook is simply the internet in Myanmar.

With Facebook came new ways for people in Myanmar to connect and communicate. However, the UN report describes Facebook as a “useful instrument for those seeking to spread hate” against the Muslim minority and mentions that the role of Facebook must be independently and thoroughly investigated. Is Facebook responsible for the violence? Could misinformation and hate speech cause real-world violence? What is the role of the platform? 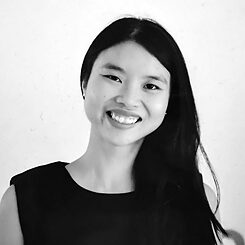 Saijai Liangpunsakul | © Phandeeyar Saijai Liangpunsakul is a social impact director at Phandeeyar, Myanmar Innovation Lab, leading Tech for Peace, hate speech research, and open data work. She is spearheading the effort to leverage technology and open data to support free and fair elections in Myanmar.
Saijai has a passion for using technology to create social impact. She has experience in implementing technology for underserved communities in more than 15 countries. She has previously designed a national mHealth tool for midwives in Myanmar and worked as an innovation advisor for USAID’s HIV/AIDS flagship project. Saijai was the winner of people’s choice award at the Mobile Solutions at USAID’s mStar Project.

Between Freedom and Restriction: Hoaxes and Extremism in the Internet