“Tramas Democráticas”
“Everyone benefits from this dialogue”

Democracy only functions when we work together. With Tramas Democráticas, the Goethe-Institut brings actors from South America and Germany together to strengthen democratic values.

Between 1990 and 2020, more than 1,600 initiatives to promote democracy were initiated in South America, 40 percent of them by civil society organisations, according to a survey by the LATINNO project of the Berlin Social Science Centre. NGOs and smaller civil society initiatives in particular are experimenting with new methods and media on promoting democratic values and practices and thus advocating more transparency, participation and integration. What can these initiatives learn from each other? What are the common challenges in each of the countries? Which solutions can be transferred to other countries and contexts?

Between June 2020 and April 2021, civil society initiatives from Argentina, Brazil, Germany, Colombia and Venezuela are coming together to answer these questions as part of Tramas Democráticas. In workshops and public discussions, innovations in the field of democracy promotion as well as the transferability of approaches and closer cooperation are the focus.

The participants report here on their experiences: 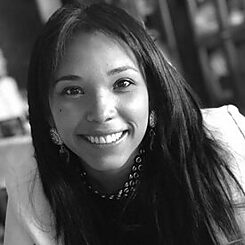 Paula Peña | Foto: © privat That’s why we created Movilizatorio, a laboratory for citizen participation and social innovation. We strengthen critical thinking and deepen knowledge about fake news and disinformation so that everyone can participate in democratic processes. At Tramas Democráticas we get to know similar initiatives from South America. It is wonderful to exchange experiences and perspectives on phenomena that influence the democratic and political processes all over Latin America.


Debora Albu, Brazil, Institute for Technology & Society of Rio de Janeiro – ITS Rio
Especially now during the pandemic, technology is enabling access to public services and participation in political processes. 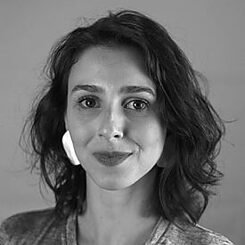 Debora Albu | Foto: © privat But there is always the risk that certain groups will take advantage of technical platforms to poison the public sphere. We at ITS Rio counter this by providing information about the challenges and opportunities of digital technologies, for example with our project Redes Cordiais, an initiative aimed at combating disinformation in social media. We are, of course, very interested in how other initiatives tackle disinformation campaigns. That’s why we’ve been with Tramas Democráticas from the start and have gotten to know many actors from South America who are active in this area.


Juan Pablo Marín Dían, Colombia – DataSketch
At DataSketch, we’re committed to combating lack of transparency, for example in the context of public spending. 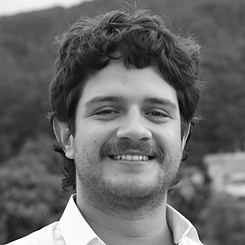 Juan Pablo Marín Dían | Foto: © privat We visualise information to make it more accessible. Information cannot be a resource that only a few possess. Through our applications, anyone interested can discover information with just a few clicks. This way, we also support the work of journalists and activists. With our collaborative approach, we uncover previously inaccessible information and make it available to everyone, for example in the context of political campaign financing. Lack of transparency is a common problem in many South American countries, not just Colombia. We therefore benefit greatly from the international exchange – together we can develop countermeasures even more efficiently.


Sil Bahia, Brazil – PretaLab
With PretaLab we promote Black women in the field of technology and innovation. After all, they make up 28 percent of the Brazilian population and are severely underrepresented in technical fields. American civil rights activist Angela Davis says that when a Black woman moves in society, society moves with her. This is exactly what PretaLab is all about: We want to overcome inertia and get society moving. Technology is never neutral; it often serves the interests of business and politics. We therefore need more diversity in technological companies. This is not a Brazilian phenomenon; this underrepresentation is everywhere. It is important to share our knowledge and also to learn strategies from other initiatives on how we can counter this.


Nicolás Díaz Cruz, Colombia – Extituto
We in South America live in one of the most unequal regions in the world, which is also reflected in the way decisions are made. In politics, negotiations often take place behind closed doors. Civil society needs access. 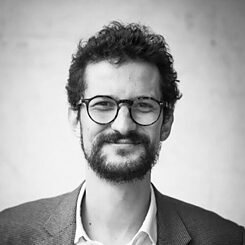 Nicolás Díaz Cruz | Foto: © privat
Here I’m reminded of an idea from Germany: transparency, symbolised by the glass dome of the Bundestag. In one of our current projects, we publish tax returns and assets of mayoral candidates in Bogotá and thus disclose possible conflicts of interest. The international exchange that Tramas Democráticas enables is very valuable to us, for example with associations like Asuntos del Sur and Democracia en Red in Argentina or the Instituto Update in Brazil, which have a similar approach to ours. Everyone benefits from this dialogue.