Media installation "Digital Twin" by the artists Asli Serbest / Mona Mahall: view of the embassy grounds and the Bosporus from the west. | Illustration (detail): © Mona Mahall

The Tarabya Cultural Academy aims to use the “Studio Bosporus” festival to deepen German-Turkish dialogue. It was for this purpose that artists Mona Mahall and Asli Serbest developed the “Digital Twin” media installation.

What do you associate with the “Studio Bosporus” festival and the Tarabya Art Academy?

Asli Serbest: For us as artists, the Tarabya Art Academy is a unique opportunity and an invitation to engage in dialogue by gathering, living and working here together. Our collaborative projects range from art to architecture and investigate how practices, institutions, the past and the present materialise in the (built) environment. From this perspective, Tarabya, as an embassy site, is a very interesting place; traces of political relations and conflicts, eclectic architecture and garden art from colonial times intersect with the present-day representational and security requirements of an embassy site. This is what we worked on for “Studio Bosporus”. In concrete terms, it enabled us to exchange ideas in the “Digital Twin” with artists, activists and curators from Turkey.

The “Digital Twin” is an interactive, online model of the embassy residence in Tarabya developed by the two of you during the coronavirus pandemic, which is now being shown at the Kunstraum Kreuzberg/Bethanien exhibition space. Can you tell us more about it?

Mona Mahall: We’ve developed a digital twin, a 3D model, into which we’ve incorporated observations made on the ground. Visitors can enter the model with a digital avatar as in a computer game and move through the environment we’ve designed. Rather than being a photorealistic image of Tarabya, it’s a look-alike that reflects certain aspects and can even appear uncanny. Our aim is to ask questions of the embassy site on the Bosporus and its institutional conditions in relation to the present-day city. After all, very few people have access to the actual embassy site.

Asli Serbest: With the “Digital Twin” we also want to point out Tarabya’s potential as an open platform that interacts closely with the city. The pandemic has reinforced the existing separation, which is represented spatially by the surrounding wall, and fundamentally altered our accustomed relationship to the space and those who inhabit it. All of us had to move into the digital space, and we wanted to explore the scenarios that were possible there.

Mona Mahall: The digital space presents both opportunities and limitations. We perceive each other two-dimensionally through the screen and know many of our interlocutors only as digital twins. 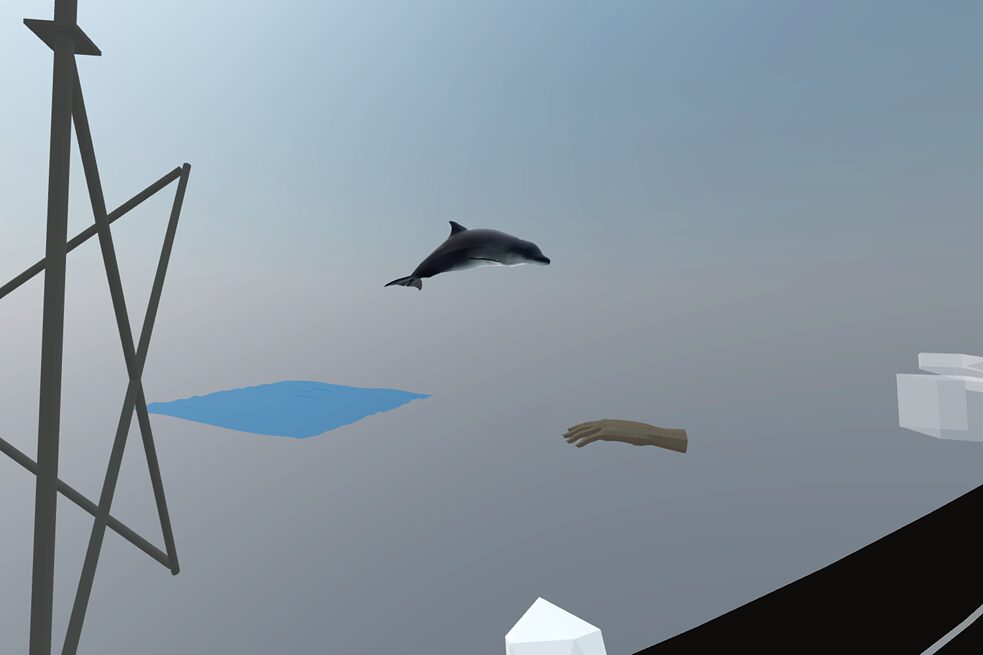 Media installation "Digital Twin" by the artists Asli Serbest / Mona Mahall: view from the digital model of the embassy grounds in the direction of the Bosphorus. | Illustration (detail): © Mona Mahall
But you’ve developed more than just the digital model, haven’t you?

Mona Mahall: Exactly. We invited artists, activists and curators who live in Turkey rather than in Germany, as required by Tarabya Cultural Academy bursaries, to contribute to this model. It therefore represents an inversion or reflection of the real Tarabya and, above all, complements the exhibition at Kreuzberg/Bethanien with locations that come from the city of Istanbul.

Asli Serbest: Out of nine contributions so far, Onur Akgül and Fulya Erdemci, for example, have addressed the ecological destruction caused by incessant construction throughout the city, which threatens its very existence as well as its clean air and water.
Architect and activist Merve Bedir, on the other hand, explores the German-Turkish colonial past in her project based on the Baghdad Railway. There are also projects by numerous other participants, such as Halil Altindere with architect Deyvi Papo, Banu Cennetoğlu, Kevser Güler / Duygu Doğan, Manaf Halbouni and Yasemin Özcan.

How do you, as artists, perceive the relationship between Germany and Turkey?

Asli Serbest: Our personal relationship as a German-Turkish duo is close; we both see ourselves as detached from identities based on national allegiance. Our critical feminist perspective has led us to be concerned and upset about current repressive political and social processes in both countries. By this I mean, for example, the Turkish withdrawal from the Istanbul Convention or the demand for a ban on prostitution by the Women’s Union. Since we currently live in Germany and teach at German universities, it’s very important for us to address our relationship to people with a migrant background in the context of academic institutions. We observe discrimination based on names, appearance and language. I don’t speak German as a mother tongue myself and often feel intimidated as a result. We want to change this situation.

The festival “Studio Bosporus” is an event organised by the Tarabya Cultural Academy in cooperation with the Kunstraum Kreuzberg/Bethanien exhibition space, with the kind support of the Stiftung Mercator and LOTTO-Stiftung Berlin foundations. The Tarabya Cultural Academy is run by the German Embassy in Ankara, with the Goethe-Institut Istanbul shouldering the curatorial responsibility.

The Tarabya Cultural Academy in Istanbul was founded in 2011 as an initiative of the German Bundestag. It facilitates transnational encounters and lasting cultural exchanges between Turkey and Germany while opening up new perspectives on past and present social diversity. More than 100 artists from various disciplines have lived and worked in the artist residency on the Bosporus in Istanbul since its inception. It is celebrating its 10th anniversary with the “Studio Bosporus” festival in 2021.

Asli Serbest and Mona Mahall have been working as a collective in Berlin since 2007. In their research-based practice, they reflect and produce space using various media, such as architectures, exhibitions, installations and scenographies, as well as (video) texts, concepts and publications. Their projects are explorations of specific past, present and future contexts that seek to negotiate the evolving relationship between architecture, art and politics.
They exhibit and publish internationally, including at the Pinakothek der Moderne Munich, Venice Biennale, Vancouver Art Gallery, Istanbul Design Biennale, Art Center Los Angeles, Württembergischer Kunstverein Stuttgart, Storefront for Art and Architecture New York, Sinop Biennale, Künstlerhaus Stuttgart, HKW Berlin, New Museum New York and other venues.
They are also co-authors of a book about the speculative nature of modern architecture (“How Architecture Learned to Speculate”) and editors of “Junk Jet”, an independent magazine for architecture, art and media.