Germany and Estonia are closely connected by a mutual history and culture, as well as their long and amicable political and economic relations. In the German Spring, events centred on art, culture, business, science and the German language will present a diversified programme being realized together by the Goethe-Institut Tallinn, the German Embassy in Tallinn and many other partners.

From 25 April until 25 May 2017, Baden-Württemberg will be the partner state focused on by the German Spring in Tallinn. Eva Marquardt, director of the Goethe-Institut Tallinn, emphasized, “Baden-Württemberg is the home of the cuckoo clock and of Mercedes Benz. The large state in Germany’s southwest is distinguished by great innovative power and is the seat of outstanding cultural institutions. We are very happy to have gained such a strong partner as Baden Württemberg for the German Spring.”

OPENING WITH JAZZ AND ART

The German Spring will open with a concert by jazz pianist Kristjan Randalu. For the International Jazzkaar Festival, Randalu and his five-piece ensemble Limes Occidentalis dedicate themselves musically to the current events of the world; in particular the refugee movement to and around Europe. 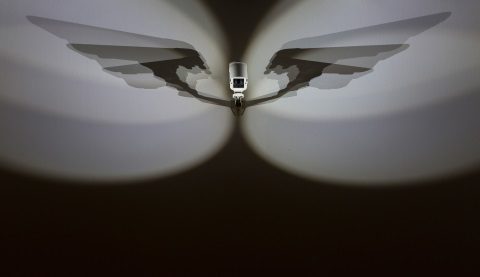 From the exhibition GLOBAL CONTROL & CENSORSHIP | Photo: ZKM Center for Art and Media Karlsruhe/Anatole Serexhe Only a few days later, the art exhibition Global Control & Censorship will deal with the digitalization of all spheres of life and ask questions about the control and censorship of all our data. At Tallinn’s Kunstihoone the results of its collaboration with the renowned Karlsruhe Zentrum für Kunst und Medientechnologie (ZKM) will be compiled and presented.
While digital forms of communication have been regarded as the hope of new democratic participation, they have recently been abused as door openers for perfect surveillance. “Knowledge is power. But those who master the flow of information possess even more power. This is particularly true in the digital culture in which all information in the global network can be monitored and manipulated in an uncontrollable way,” says curator Bernhard Serexhe. Further information will be provided in this context in an online theme room on the website of the Goethe-Institut Tallinn. Guided tours, workshops and a film and podium event will accompany the exhibition.

Event for a young audience and for movie fans

In addition to music and art, the German Spring in Tallinn also offers school projects and readings. The Youth Debates Internationally contest will take up current political and social topics. The Lautstark music project is for Estonia’s youngest leaners of German. Also, together with the VAT Theatre, play readings are being held especially for children and teenagers. 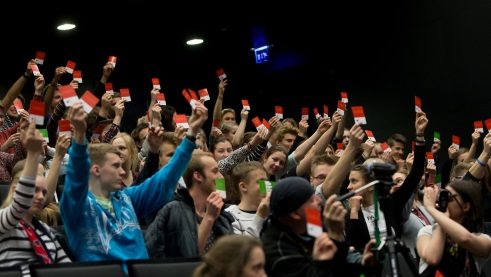 Jugend debattiert in April 2017 | Photo: Goethe-Institut Tallinn Films will also be a fixed element of the programme. The film series DEUTSCHES KINO – FOKUS BADEN-WÜRTTEMBERG will show six productions from the partner federal state of Baden-Württemberg including the remake of the fairy tale The Cold Heart by Johannes Naber and the quiet, poetic film The Council of Birds by Timm Kröger, which was made at the Filmakademie Baden-Württemberg. 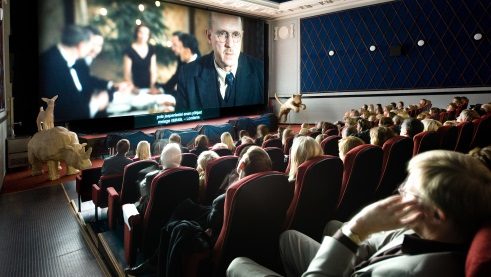 The Screenings in 2010 | Photo: Andres Treial

THEATRE AT THE END

Finally, two theatrical productions will conclude the German Spring in Tallinn. In late May, Chris Kondek and Christiane Kühl will join up with Estonian artist in the new, multimedia production Distinguishing Marks, which critically explores Estonia’s e-government data world. 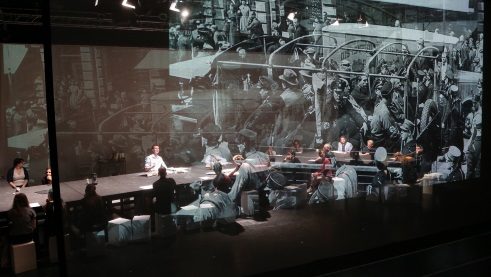 Stolpersteine | Photo: Rob Moonen In addition, the Badische Staatstheater Karlsruhe will have a guest performance of the production Stolpersteine in Tallinn, which was awarded last year with an invitation to the Berlin Theatertreffen. The “Lesson about value-free workings of government bureaucracy” (quote from the jury statement) was reconstructed by director Hans-Werner Kroesinger and dramaturge Regine Dura from original documents of the Staatstheater Karlsruhe. The documentary theatre artists reveal in detail how anti-Semitic discrimination and the firing of leftist and liberal theatre artists was enabled after Hitler came to power.