bauhaus imaginista
The Bauhaus at the Other End of the World

Following stops in Morocco, China and the USA, the large-scale project bauhaus imaginista is travelling around the world for the centenary of the Bauhaus and can now be seen in Japan – at an exhibition at the National Museum of Modern Art in Kyoto and a symposium at the Goethe-Institut Tokyo.

It’s the furthest lap of the journey so far that the team of bauhaus imaginista has undertaken. Nine thousand kilometres to Kyoto, seven hours time difference. And yet traces of the Bauhaus, the largest German cultural export of the last century, can still be found here. Together with the Bauhaus-Kooperation, the Goethe-Institut, Haus der Kulturen der Welt and other local partners, an exhibition has been produced at the National Museum of Modern Art in Kyoto showing how the Bauhaus had an impact on Asia, not just Japan but also India. 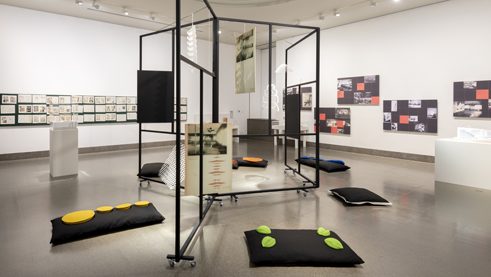 bauhaus imaginista exhibition in the National Museum of Modern Art Kyoto | Photo: Yuki Moriya This impact was less an architectural than a social one. Bauhaus was not only a type of design, it was also a new mode of production. It emerged from a modern teaching: away from the traditional academies and into an educational method that sees people as creative, fully rounded beings. It aimed to try new things based on good craftsmanship. 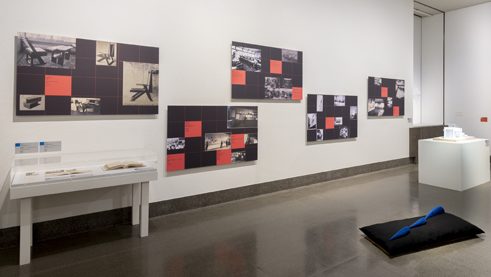 From music to geology to design

This idea was also central to two schools that are the focus of the exhibition in Kyoto, which were also illuminated from many angles at a symposium at the Goethe-Institut Tokyo. One school is in the countryside in West Bengal, the other in the middle of Tokyo. The crucial difference was that the school in India was founded independently of the Bauhaus, while the Japanese school was inspired directly by the German institute.

The school in India was founded in 1919 under the name Kala Bhavan by Nobel literature laureate Rabindranath Tagore as an attempt to revive rural artisanal culture in the face of colonial rule. What emerged was a kind of village-based modernity, which – like at the Bauhaus – holistically taught the pupils everything from music to geology to design. The exhibition in Kyoto shows products of their work, which, however, aesthetically have little to do with the Bauhaus. One of the speakers as the conference in Tokyo was Anshuman Dasgupta, a teacher at the still successful and popular institution. At the time of the school’s founding, Tagore was well aware of the Bauhaus, and in 1922 brought the first international Bauhaus exhibition to Calcutta. 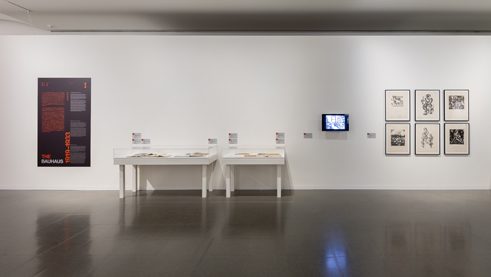 Not foreign to Japan’s culture

Kala Bhavan was a parallel development to Bauhaus in contrast to the school of Renshichiro Kawakita, an architect inspired by the Bauhaus who founded his own school in Tokyo in 1932. He called it the School of New Architecture and Design and took up this kind of reform education, which fell on fertile ground in Japan. Mindful use of materials, the fine art of local artisanship, and the simplicity of forms are certainly not foreign to Japan’s culture, but until then there was no institute for studying this in a modern way without copying old masters.

This school in Tokyo must have been a good place to study; the photos in the exhibition show highly motivated, cheerful students. Unfortunately, it only existed for a few years. The photographs and documents are contrasted by an installation by the artist Luca Frei, who was inspired by Kawakita’s ideas to make a mobile installation of metal, fabric and paper. 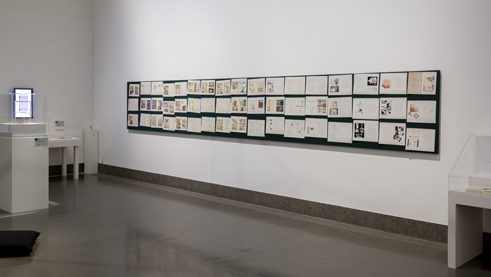 An expression of phantom pain

Nevertheless, the exhibition is lacking more information and background, especially about the Japanese school. While the school in India is brought to life by an essay film by the British Otolith Group, the Kawakita school leaves us with many questions, such as the political dimension in the military regime. The symposium could also only touch briefly on the social innovative force of the Bauhaus for authoritarian Japan of the 1930s and 1940s.

However, Kyoto and Tokyo made it clear that the Bauhaus is a powerful example of a modernity that developed similarly elsewhere in other forms and met with resistance everywhere. The Bauhaus itself was ended by National Socialism and never re-emerged. Perhaps the extensive activities celebrating its upcoming centenary are also an expression of phantom pain.