bauhaus imaginista in São Paulo
Who Learns from Whom?

After stops in Morocco, China, the USA and Tokyo, the large-scale project bauhaus imaginista can now be seen in Brazil in an exhibition at the SESC Pompeia and a symposium at the Goethe-Institut São Paulo.

The third and next to last part of the mammoth global project bauhaus imaginista is making a stop in São Paulo under the title “Learning from...”. The title was borrowed from the documenta 14, which aimed to learn from Athens, but here in São Paulo it asks how modernism was inspired by “pre-modern” cultures. And since modernism is unthinkable without this appropriation – just as Picasso is unthinkable without African masks – Bauhaus teachers and students were also always very interested in the materials, techniques and craftsmanship of “primitive” cultures. Many of its ideas were gleaned from the collections of Europe’s ethnological museums. As a result of the emigration that many Bauhaus members were forced to undertake during the Nazi era, further influences were added from their countries of exile. The exhibition at the SESC Pompeia in São Paulo shows the various ways that individual Bauhaus artists reacted to these experiences, but also the modern movements that emerged in North Africa, Brazil and North America, which, like the Bauhaus, pursued a synthesis of craftsmanship, art and design. 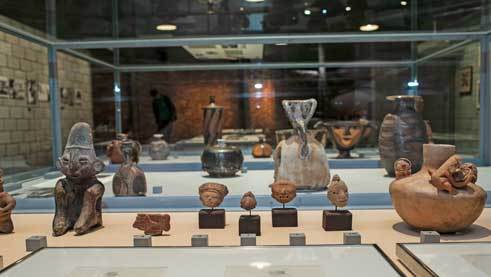 In São Paulo, bauhaus imaginista asks how modernism got its inspiration from “pre-modern” cultures | Photo: Danila Bustamante A few objects, such as ceramics or woven rugs, are shown under glass, while others stand openly, such as Lina Bo Bardi’s three-legged seat, a construction of three two-metre-high wooden poles, which she copied, photographed, documented, measured and recreated from the native people. In addition, there are numerous video documentations such as a film in which we see the Bauhaus student and ceramic artist Marguerite Wildenhain creating a pitcher. Wildenhain fled from the Nazis to the US, where she settled at Pond Farm, an artist colony founded by Gordon and Jane Lord in northern California as a utopian model of communal living, which combines art, work, teaching and agriculture. 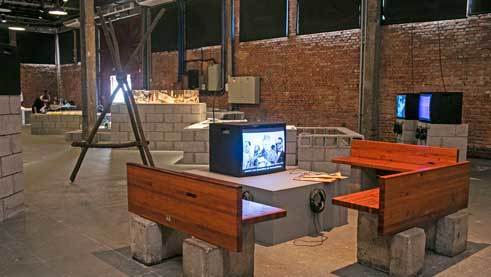 It all beings with a drawing by Klee

The starting point of the exhibition is the small 1927 drawing “Carpet” by Paul Klee. In it, Klee, who taught a weaving class at the Bauhaus, reveals his enthusiasm for North African interiors, ornaments and abstractions that he encountered on a trip to Tunisia. He doesn’t copy them, but translates them into something new. Klee, who travelled under colonial conditions, is confronted in the exhibition with the Casablanca group, a collective around the artist Farid Belkahia. In 1962, the collective, as the offspring of those who may have previously inspired the Bauhaus artists with their crafts, founded the School of Fine Arts in Casablanca (six years after Morocco’s independence from France). Their goal was now to re-recognise the local crafts and see pre-colonial art in a new context. 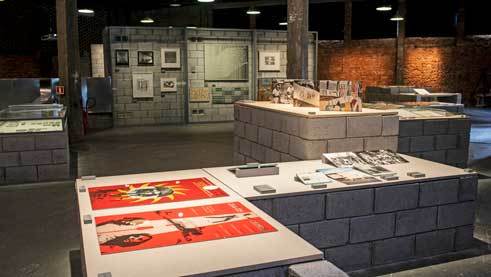 This is also the aim of the Des-Habitat project by the architect Paulo Tavares, who, in a new edition of Habitat magazine – originally published in the 1950s by Lina Bo Bardi – attempts to release the portrayal of indigenous peoples and art from their colonial context and show what was omitted from the original edition.
The exhibition, with all its critical implications, reveals one thing above all: the desire of European Modernism to look at other, traditional cultures in search of inspiration, but usually without considering traditional art as independent art.

At the symposium on Cultural Appropriation, the sociologist Laymert Garcia Dos Santos offered an interesting outlook on future debates on the subject, saying, “Today we have some indigenous artists who want to be recognised by the local art system. They want to be a part of it, but at the same time, they say, ‘We don’t need to ask you for access because our ideas were adopted by you. And now we are going to reverse this appropriation, that is, “re-appropriate” our ideas in order to be perceived as artists.’” 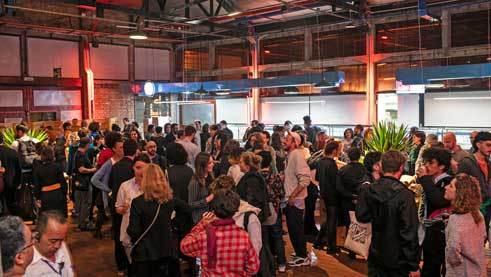 bauhaus imaginista is a collaboration between the Bauhaus Kooperation, the Goethe-Institut and Haus der Kulturen der Welt (HKW). The research project with various exhibition stations is part of the centenary of the founding of Bauhaus (2019). It is made possible by funds from the Federal Government Commissioner for Culture and the Media (BKM). The Federal Cultural Foundation (KSB) supports the exhibition in Berlin, the Foreign Office supports the international stations. bauhaus imaginista is realised in cooperation with the China Design Museum (Hangzhou), the National Museum of Modern Art Kyoto, the Garage Museum of Contemporary Art (Moscow) and the SESC São Paulo.