With his realisation that “Everything is interconnectedness,” Alexander von Humboldt was far ahead of his time. Latin America is now celebrating the 250th anniversary of the German naturalist with the theme year Humboldt y las Américas. The opening event took place on 8 May with the exhibition The Nature of Things: Humboldt, Comings and Goings coproduced Goethe-Institut Colombia.

In Colombia, the exhibition The Nature of Things: Humboldt, Comings and Goings is at the centre of the Humboldt tribute. Halim Badawi is the curator of this coproduction by the Goethe-Institut Colombia and the Department of Cultural Heritage of the Universidad Nacional de Colombia. Badawi divided the exhibition into seven dialogues and one epilogue, offering a tour of the four halls of the art museum of the Universidad Nacional de Colombia. About 100 works by more than 40 artists from the past and present enter into a dialogue with Humboldt’s visual tradition. Although this is not treated in art history, we still find striking traces in today’s art of the Humboldt tradition, as Badawi points out. 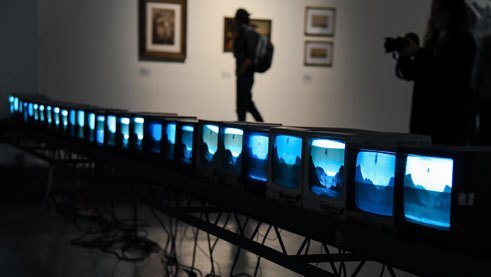 Humanity and the environment

Contemporary artists who were commissioned for the exhibition include the Colombians José Alejandro Restrepo, Liliana Sánchez, Carlos Motta, Antonio Bermúdez and David Guarnizo, and the Spaniard José Luis Bongore. The careful selection of artists conveys some of Humboldt’s most important ideas around “the experience of nature, the relationship between humanity and the environment,” as the curator explains. At the same time it shows how enlightened science and the idea of development also appear in neo-colonial contexts and economic activities that are directed against life, against humanity and nature. 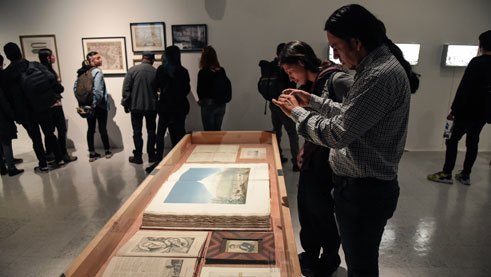 Visitors in front of the illustration of the Chimborazo from Vues des Cordillères by Alexander von Humboldt | Photo: Urniator Studio

A decolonial point of view

Based on these considerations, the international performing arts platform Experimenta/Sur was invited to be part of the exhibition with a project inspired by Humboldt. For the eighth time, Experimenta/Sur was organised by the Goethe-Institut Colombia and Mapa Teatro, supported by the Siemens Foundation and the Colombian Ministry of Culture. More than thirty participants, working on the scientific, visual and literary heritage of Humboldt, were inspired by the contributions of other artists represented in the exhibition. They also thought about what was not said about Humboldt, and made critical and bold contributions to a comprehensive reinterpretation of the discourse on the connection between nature and being. 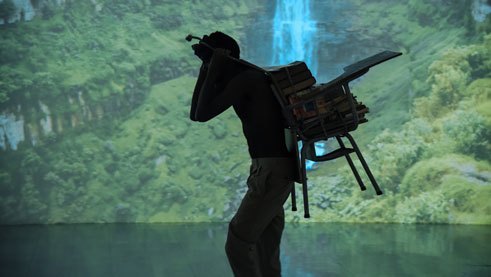 “The Carrier”: A performance by Jean Carlos Lucumi | Photo: Urniator Studio This task given to the sculptural, performing and visual arts in dialogue with Humboldt’s legacy challenged the artists to rethink the relationship between art, science and nature from a decolonial point of view. This called the logics of capitalist and hetero-patriarchal supremacy into question. 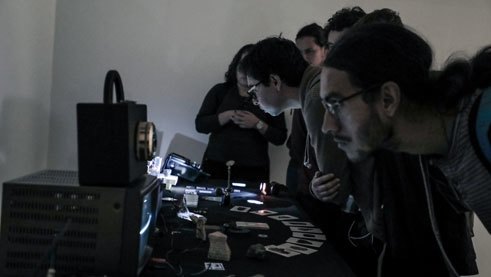 The exhibitions The Nature of Things: Humboldt, Comings and Goings and Experimenta/Sur VIII were developed and designed as part of the theme year Humboldt y las Américas, an initiative of the Foreign Office of the Federal Republic of Germany and the Goethe-Institut Colombia.