How do you create an interesting game? What is the process for becoming a game developer and the steps for production-to-marketing your own game? The PRESS START! podcast invites us to explore the world of game development with experts from Germany and Indonesia. 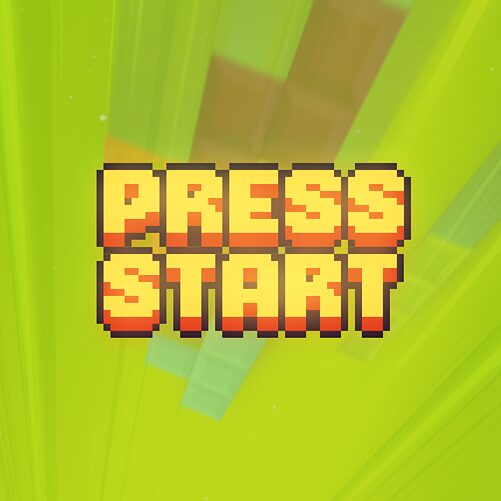 Adam Ardisasmita is the CEO of Arsanesia / Arsa Kids, a game company founded in 2011. He is currently the appointed vice chairman of the Indonesian Game Association and is actively fostering game development communities in Indonesia. He frequently speaks at gaming events and regularly creates content related to the game industry on his personal blog and YouTube channel. As a trusted Intel Innovator, Adam is an Intel technology ambassador in the gaming field.

How to start your career in the game industry 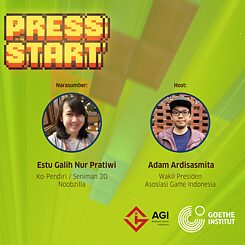 Estu Galih shares tips and tricks along with  stories about starting a career in the game industry and how she founded the game studio Noobzila.

What is the process of game localisation? 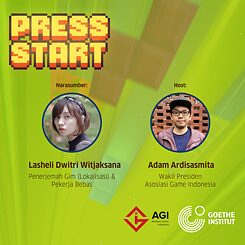 Lasheli Dwitri Witjaksana shares her experience localising a game and talks about the new opportunities available in this role.

The making of Goethe VR 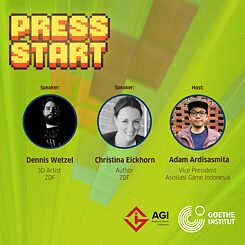 Goethe VR reinvented Goethe’s literary work “Faust” as a VR experience. Hear about the process of trans mediation from book to virtual reality.

Bridging education and the gaming industry 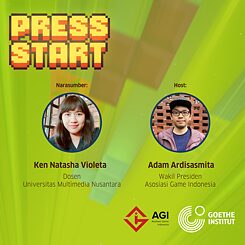 Ken Natasha Violeta discusses how she connects academia to industry and whether grades are more important than having a portfolio. 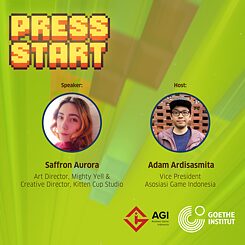 Saffron Aurora advises us on what to do and what not to do when networking and putting your work out there.

What are the roles of a CTO? 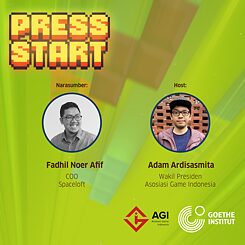 Fadhil Noer Afif speaks about the important role of a CTO and the fundamental skills a game developer should have.. 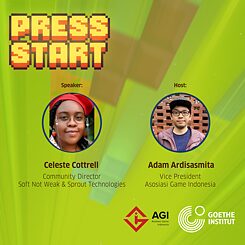 Celeste Cottrell shows what kind of work a Community Manager does and what it takes to become one.

How to learn from failure and rise again 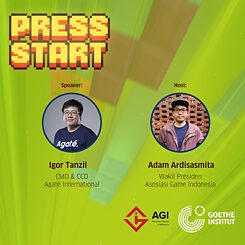 Igor Tanzil tasted the bitterness of failure after releasing his game. Now that he is back on his feet, what's next?

How to build a portfolio as a Community Manager 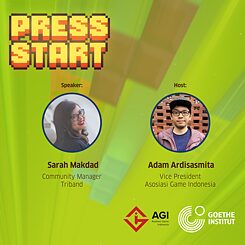 Sarah Makdad’s career path hasn’t been a straight line. She talks about how seemingly unrelated activities can become building blocks for a Community Management portfolio.

How to be a self-taught game developer 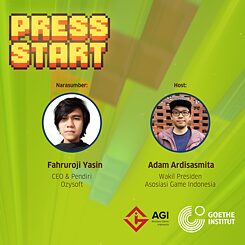 Fahruroji Yasin tells us about founding his own studio and how he taught himself game development at a technologically-limited internet cafe.

Having a success mindset in the gaming industry 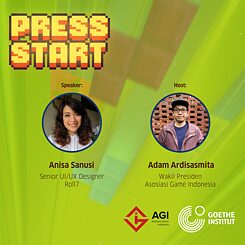 Anisa Sanusi reveals what kind of mindset is most likely to bring success when pursuing a career in the gaming industry.

How to build a career in the creative industry 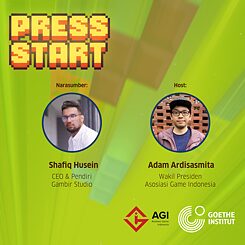 Shafiq Husein talks about building his own company and how he gets people to play new games.