The Goethe-Institut invites you to the  European Book Club with award winning journalist and German author Khuê Phạm.
The author will read from her novel Wo auch immer ihr seid (Whererver you are) and discuss her work with translator Rachel McNicholl.
Ocean Vuong describes her novel as "A groundbreaking work in German literature, Pham’s novel marks a seminal accomplishment that tells the dignified, thorough, and epic story of a Vietnamese family through clear, gem-like sentences and unflinching observations. With Pham’s vision, nothing is left unturned and all things are salvaged and lost at once. A courageous and bold achievement by a bright new voice."

Khuê Phạm was born in Berlin in 1982 and studied in London at Goldsmiths College and the London School of Economics. After training at the Henri Nannen School of Journalism, she began working as an editor at Die Zeit in 2009. Her stories often relate how the lives of individuals are shaped by major political issues; she has won several awards for her journalistic work. In 2012, she published Wir neuen Deutschen (Rowohlt) with Alice Bota and Özlem Topçu, about immigrant children and their place in Germany. Wherever you are, her first novel, is loosely based on the story of her family. 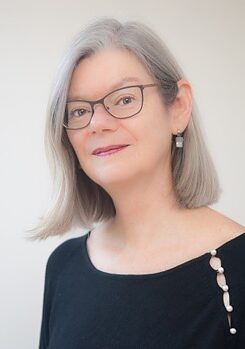 © Kate Horgan Rachel McNicholl is a freelance translator and editor. She also teaches in Adult Education. After studying French, German and Italian, she did postgrad research in Switzerland and Germany, and worked in journalism and publishing before returning to Ireland.
Rachel was awarded a PEN/Heim Translation Fund Grant by PEN America in 2016 and received an Agility Award from the Arts Council of Ireland in 2021. Her co-translation (with Sinéad Crowe) of The Storyteller by Pierre Jarawan was shortlisted for the 2020 Schlegel-Tieck Translation Prize.

The European Book Club takes place on the first Thursday of the month with a live discussion with the author of the selected novel. This series of monthly discussions on noteworthy novels in English translation is part of a cooperation of the European Union National Institutes for Culture (EUNIC) in Ireland.