An island “outside of time”: Hiddensee. | Photo (detail): © Armin Staudt/Colourbox

The 2020 Kakehashi Literature Prize of the German Merck Company and the Goethe-Institut Tokyo has been awarded to the German author Lutz Seiler and the Japanese translator Jisung Kim for the translation of the novel Kruso. In the interview, they explain how the rhythm of the work changes in Japanese and what new perspectives on the plot are the result.

Mr Jisung Kim, the prerequisite for receiving funding from the Kakehashi Literature Prize is “an outstanding German-language work” that deals “with a socio-political issue of the present.” Why did you choose Kruso?

Jisung Kim: I didn’t apply for the Kakehashi Literature Prize with my translation of the novel Kruso because it deals with a certain “socio-political issue”. 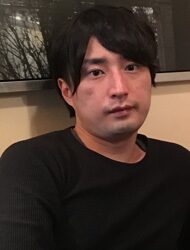 How far along are you with the translation of the novel?​

Jisung Kim: At the time I applied, I had already translated about a third. But then it seemed to me that something was wrong with my translation, and I began rewriting everything from the beginning. What was causing my headache was initially a question of narrative: Where does the narrator actually stand in his text? Unlike most of the fiction that Lutz Seiler has published so far, the protagonist of Kruso, Edgar Bendler, apart from the epilogue that he allegedly wrote himself, appears in the third person. Yet we’re not dealing with an authorial narrator in this novel, as the narration is always focused only on the perceptions and thoughts of the protagonist. Of course, this narrative situation isn’t so unusual, since Kafka at the latest, and in fact the first sentences of Kruso are reminiscent of the beginning of The Castle even if there is one essential difference, namely that Edgar “left”, while K. “arrived” in the village.

Mr Seiler, Kruso has already been translated into 25 languages. What do you think is the main difficulty in translating this book into another language?

Lutz Seiler: In 2015, around twenty Kruso translators from all over the world came to the International Translation Centre in Straelen for a week where we worked together on the translation of the novel. That means we went through this book, which has over 500 pages, from the first to the last sentence. 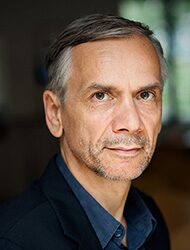 Lutz Seiler. | Photo (detail): © Heike Steinweg/Suhrkamp Verlag That was a very intense time, we worked at least twelve hours every day. My job was to answer any questions about the text. It turned out that the questions were sometimes very similar, especially when it came to linguistic peculiarities and historical concrete nouns, but there were always passages that couldn’t be expressed word-for-word in the other language and a variant had to be found that came as close as possible to the content or meaning of the original; something that could work adequately.
This is particularly difficult in the more poetic passages or where there are puns and ambiguities. At the end of the week, the Chinese translator explained to us that everyone else’s problems were nothing compared to her problems since the tenses as we know them don’t exist in Chinese. This means that each situation has to be introduced separately: Where are we now and what time is the speech and so on. The Chinese edition of Kruso is one of the most beautiful – perhaps the most beautiful next to the Swedish edition. By the way, the whole week was logged, all the questions, all the answers. It is material meant as a support and help for further translations – the translation into Japanese will also benefit from it.

You’re a poet and value the sound and rhythm of language. How does it feel when Kruso sounds different in another language?

Lutz Seiler: It’s fascinating to hear your own writing in another language. It’s like your own theme put to different music, sort of a new performance of the words using different means. Usually I get the feeling that the writing is much better in the other language than in the German original.

Mr Jisung Kim, the novel is set in 1989; you were born in 1987. What is your relationship to the historical events?

Jisung Kim: Of course, the two-year-old from Osaka that I was then couldn’t witness the historical turning point in Germany either as an eye or ear witness. I’m also no longer sure how and when I first found out that there were two German states in the past – maybe in a history lesson at high school or in a TV commercial by Nissin Foods showing a photo montage in which a well-known Japanese actor sips instant noodle soup on the fallen Berlin Wall. After starting my German studies, my interest in the former GDR was mainly aroused by literary works, especially by Uwe Johnson and his fictional character Gesine Cresspahl. But for a long time, Germany was a country I had never travelled to.

Fortunately, I was able to live in Berlin on a DAAD scholarship from autumn 2014 to spring 2016. Less than a month after my arrival, I noticed that Kruso, the award-winning novel of the year, was available in every bookshop. I saw people reading the novel everywhere I went – on the subway, in a hipster café in Kreuzberg or in my neighbourhood laundromat. I bought my own copy while attending a reading by the author in the Braun & Hassenpflug bookshop. On the title page of the book, which I’m now using for my translation, is an autograph by Lutz Seiler with the date “20.10.14”.

Lutz Seiler: From time to time, I had tried, with Kruso and now also with Stern 111, to point out that this term, Wenderoman or “turning point novel”, doesn’t seem appropriate to me. Friedrich Christian Delius recently rightly described the term as false and mendacious. If I were forced to use a label under threat of severe penalties, I would say that Kruso and Stern 111 are two adventure novels in a romantic sense – related to Henry von Ofterdingen by Novalis or Call of the Wild by Jack London. And then we could speak more about what that means for each book in detail. And yes, there’s a chance that the book will be received in Japan to be more about what happens – in the case of Kruso, I’d say that would be the story of a tender, difficult friendship between men.

The Japanese word Kakehashi means “crossing borders” or “building bridges”. The Kakehashi Literature Prize awarded by Merck and the Goethe-Institut Tokyo promotes the building of literary bridges between Japan and Germany. The prize has been awarded every two years since 2013. The translators propose German-speaking authors for Japanese translation whose literary works deal with contemporary issues. The Kakehashi Literature Prize, endowed with 20,000 euros, honours outstanding authors whose literary work should be made accessible to a Japanese readership, as well as translators and publishers for their special role in cultural exchange.