The exhibition “Beuys verstehen” (“Understanding Beuys”) will be presented by the Goethe-Institutes of Warsaw and Prague. | Illustration (detail): © ZAUBAR/Imago

To mark the centenary of the birth of Joseph Beuys, the exhibition “Beuys verstehen” (“Understanding Beuys”) will be presented by the Goethe-Institutes of Warsaw and Prague. Curators Catherine Nichols and Eugen Blume as well as the technical developer from Zaubar, Stefan Marx, discuss the significance of Beuys and take us behind the scenes of a virtual gallery.

The virtual gallery “Understanding Beuys” opens right on time to celebrate the centenary of the birth of Joseph Beuys. What can the public expect to find there? 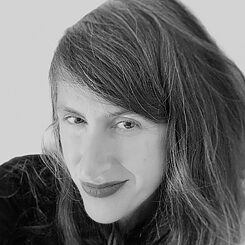 Curator Catherine Nichols is part of the curatorial team of "beuys2021". | Photo (detail): © Catherine Nichols Many people find the cosmos that Joseph Beuys created in his work to be fascinating yet hard to penetrate. The virtual gallery therefore offers an accessible route into this complex intellectual world; a virtual tour of discovery that reflects on the artist’s language of form and image, materiality and transformation intentions. It presents eight of Beuys’ key works including the performance installation THE CHIEF, the Capri Battery and 7000 Oaks, which each illustrate an important aspect of the expanded concept of art. The exhibition explores the correlations between these works which Beuys regarded as being elements in a Gesamtkunstwerk. It incorporates key quotes of the artist which illuminate the significance of language and thought for his “utopian plan” – and which certainly prove that the impetus Beuys gave for a freer and more democratic society has lost none of its topicality and explosive nature. The debate surrounding Beuys himself and his relationship to myths plays an important part in the exhibition and is introduced right at the beginning. Observers are invited to form their own opinion about the importance and relevance of the artist.

What do you find exciting about Joseph Beuys – even today?

His crossing of boundaries, acting out of the conventional concept of art into society without abandoning art in the narrower sense. 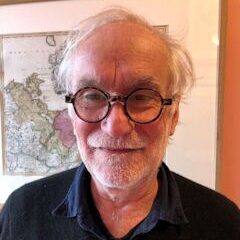 Curator Eugen Blume is part of the curatorial team of "beuys2021". | Photo (detail): © Eugen Blume
He regarded his work as a vehicle, a means of transport which triggers a spiritual response and, in doing so, crosses the boundary of rational, pure intellectual space. His idea of rethinking societies from the standpoint of art and opposing every form of authoritarian leadership or ideological certainty with openness is a worthwhile approach that numerous partners worldwide have examined and scrutinised on the occasion of this centenary. It is an approach that appears to be increasingly significant, if one considers the danger of right-wing, narrow and authoritarian populism that opposes democracy even in Europe.

The exhibition is entitled “Understanding Beuys”. Do you understand his art?

It’s not about whether one understands his art – or art in general – in the usual sense of a purely rational comprehension of correlations, but about how to discover his work in a multifaceted, even emotional way that inspires the observer to reflect on issues such as trauma, transformation, illness and healing. In his work, Beuys explored things which were enigmatic and secretive. On one of his tableaux, he wrote the sentence “make the secrets productive”. The abiding secret and the intimation of correlations can be far more lucrative for our thinking than complete resolution. The creative thinking that Beuys advanced, which also extends to physical processes and conceives models of social behaviour, remains open and includes contradictions, rather than resolving them. In this respect, the concept of “understanding” is a topic for discussion itself.

Beuys continues to be a controversial topic of discussion, particularly in a political sense. If he were alive today, would Beuys be be part of the Querdenker-Movement, would he be a Fridays for Future activist or something completely different?

I think Beuys would always be a Querdenker in the true sense of its meaning as ‘lateral thinker’, but would have nothing to do with conspiracy theories or reactional mindsets; he would want to facilitate the freedom of the individual. I’m sure he would support #Fridays for Future because his art was essentially about monuments for the future, as he called his “Straßenbahnhaltestelle” (“Tramstop)” for the 1976 Venice Biennale, in which a switch played the lead role. We also need to switch tracks if humanity is going to survive. This was his message. His art is an appeal for help to all of us that, at the same time, suggests how we can establish common ground between people, a solidarity than gives us the ability to act. He refers to this as social sculpture.

Mr Marx, was it difficult to transfer the art of Joseph Beuys to the 21st century and the digital sphere? 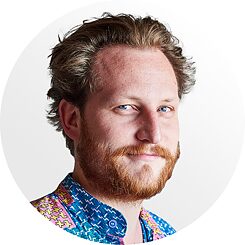 Stefan Marx, CO-FOUNDER (CEO) at „ZAUBAR“ | Photo (detail): © „ZAUBAR“ / Stefan Marx “Beuys verstehen” (“Understanding Beuys”) is available as an immersive web tour in browsers for desktop and mobile devices, as well as an augmented reality app for iOS and Android. We thereby use the newest interactive formats, but were very careful to ensure that they did not distort the artworks or their meaning. We regard the formats of the web tour and augmented reality tour as a platform to introduce Joseph Beuys to new generations who have new realities of life. In our approach, we have located the historic pictorial material of the artworks and the artist spatially and conceptually in a virtual gallery. During the “Understanding Beuys” web tour, the public floats through the life and work of Joseph Beuys in a minimalist virtual gallery.

Do you have a personal favourite artwork in the virtual gallery?

My personal favourite artwork comes right at the beginning. It is a moment in the life of Beuys that gives a very deep insight into his creative process and his motivations – and perfectly puts the visitor in the mood for what is to follow. What follows is the unique digitalisation of a selection of the most important German art of the previous 100 years.


The interview was conducted by Carla Jamatte and Alexander Behrmann.

The virtual gallery “Beuys verstehen” (“Understanding Beuys”) has been created in partnership with the curator team of beuys2021 and produced by the Berlin-based AR company ZAUBAR. The virtual gallery "Understanding Beuys" can be seen on the websites of the Goethe-Instituts in Poland and the Czech Republic from today, and from the end of May 2021 on the websites of the Goethe-Instituts in Slovakia, Hungary, Lithuania and Slovenia