Exhibition by Claudia Andujar
Tomorrow must not be like yesterday

The exhibition is the first to show Claudia Andujar’s work in Europe. | Photo: Daniela Paoliello

Well-established in Latin America, her images deserve broad attention in Europe: In her photography, the Swiss artist Claudia Andujar bears witness to her adopted Brazilian homeland. The Goethe-Institut is dedicating an exhibition to her at Frankfurt’s MMK.

Activist and artist in one, Claudia Andujar, born in Neuchâtel, Switzerland in 1931, began drawing attention to the lives of the indigenous Yanomami in Brazil with her camera as early as the 1970s.

Her pictures document a thorough examination using the means of photographic art: subjective perspectives of a photographer who aims her gaze neither to romanticize “interesting people” nor highlight the misery of “endangered peoples.” 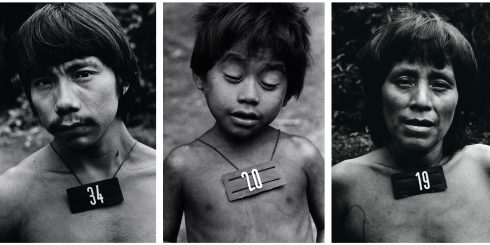 Opposing forgetting and overlooking with the camera. | Photo: Claudia Andujar/MMK Frankfurt Andujar has aesthetically memorialized her adopted Brazilian homeland. With a camera, her strongest “weapon” against forgetting and overlooking, she photographed the urban “grids” of Sao Paulo from a helicopter, documented passers-by in the 1960s with a wide-angle lens and produced snapshots of conservative and nationalist outrage against a Communist government in her series Marcha da Família.

Pictures with not only historical acuity

Andujar’s work can be seen for the first time in Europe in an exhibition at Frankfurt’s Museum für Moderne Kunst (MMK). 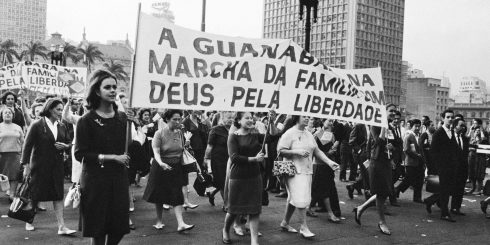 In her work, the artist captures climactic political moments in her adopted homeland of Brazil. | Photo: Claudia Andujar/MMK Frankfurt Her work not only has historical acuity; Andujar’s images would not be comprehensible without the backdrop of Brazil’s political and economic crisis.

At the opening, curator Carolin Köchling will offer an introduction to Claudia Andujar’s work. Katharina von Ruckteschell-Katte, director of the Goethe-Institut in Sao Paulo, will talk about the significance of the artist for aesthetic discourses in Brazil.