Exploring cultural links between Europe and the Arab World

In the run-up to the summit between the EU and the Arab League in the autumn of 2022, the Goethe-Institut and Bozar are launching the project Halaqat. Europe and the Arab world are two rapidly changing regions, each with specific and varied local social, economic and political realities, but above all with many connections, historical and present. Halaqat – which in Arabic means multiple links and circles – aims to strengthen these entanglements and build bridges between both regions.

Diverse voices of emerging and renowned artists, cultural actors and experts are brought together to approach a number of themes from their own perspective. Going beyond the idea of a simple invitation, Halaqat aims to stimulate the artists from both regions to create art together. With 'Politics of Spaces and Bodies' as their leitmotiv, they tell stories of power, limitation and impact over spaces and bodies, a theme that remains highly topical. What is the place of public and private space in both regions and in the different countries? And how do people deal with this? How will we soon experience physical and digital space? The notion of bodies, in turn, relates to issues of gender, power, bodily contact, mobility and the role of body language. Can we continue to cooperate and listen to each other in this time of pandemic - when mobility is not only limited by visas, but also by all kinds of sanitary measures? These are just some of the topics that Halaqat will be addressing in the coming months, without claiming to have a definitive answer or solution. Each question might give way to a new issue or chapter, which Europe and the Arab world will continue to write together, towards a future influenced by artists from both regions. We invite you to join us at events at Bozar and all over Brussels: from public discussions, film screenings, over concerts and performances, to visual arts exhibitions. A festival in the autumn of 2022 will conclude this inspiring Halaqat project.

Co-funded by the European Union 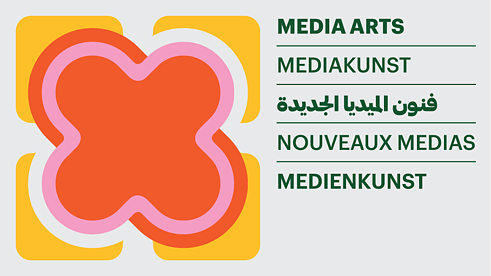 The Goethe-Institut and Bozar, together with iMAL in Belgium and Cairotronica in Egypt, organise a media arts residency programme in spring 2022. We are looking for four artists from the Arab world and from Europe to engage in a 2-week residency in Brussels (Belgium).

The Goethe-Institut and Bozar – Centre for Fine Arts Brussels together with Atelier Graphoui, Cinemaximiliaan and Sound Image Culture - SIC start an audiovisual residency programme in 2022 and are looking for four motivated emerging professional filmmakers from the Arab diaspora based in Belgium to meet, exchange ideas and produce individually a short documentary film in Belgium during 2022.

The music residency programme is part of the European project HALAQAT organised by the Goethe-Institut together with Bozar - Centre for Fine Arts Brussels and co-funded by the European Union. Serving as a bridge between both regions, HALAQAT offers a contemporary journey into artistic imaginaries shared by the Arab world and Europe and focuses on the diversity and richness of cultural collaborations today to support and strengthen them in the future.