The German Foreign Office and the Goethe-Institut promote the German language as a working and procedural language in the European institutions through the exclusive grant programme ‘Europanetzwerk Deutsch’. Various language course programmes and events on socio-political and cultural topics provide the opportunity to improve existing German language skills and to become part of a committed alumni network in Europe. The ‘Europanetzwerk Deutsch’s’ activities take place both on site and online. 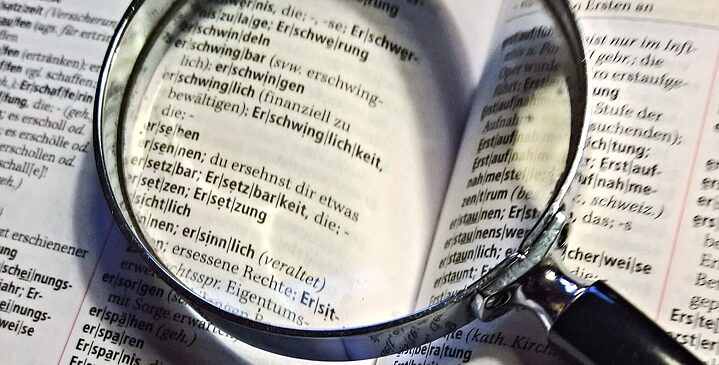 The question of who speaks in political and social debate and whose voice is heard explores the fundamental scope of democratic participation and representation. The controversial discussions over coming to terms with the post-colonial past, racism, feminism and identity issues are reflected in the debate over linguistic conventions and traditions, which shape and change realities. Language and the use of language in the media, culture and politics can divide and polarize society but equally can also unite it. Should the gender star be used in the Duden? Who is entitled to or should translate a poem like Amanda Gorman's "The hill we climb" into German? How are the signs of the times reflected in the language?Questions like these will be discussed with our speakers.

EU-courses are intensive language courses that take place at various locations in Germany (e.g. in Berlin, Frankfurt, Dresden, Munich) and include both, expert discussions with representatives of ministries and professionally relevant specialists as well as an accompanying cultural programme.

Here you will find information about our different courses’ formats. The focus of these courses is the teaching and practical application of the German language.

The Europanetzwerk Digital programme turns your desk into an individual study desk: Digital courses, lectures, readings or discussion groups on European topics are offered in a special environment.

Would you like to get an insight into our activities and access the records of our last events? Here you will find an overview of our past projects.

Who are we? What kind of work do we do? Who do we address? In this video, the Europanetzwerk Deutsch introduces itself.

Former participants of our courses report their experience with the German language and with the Europanetzwerk Deutsch.

‘Europanetzwerk Deutsch’ has been promoting German as a working and procedural language in European institutions since 1994. The programme celebrated its 25th anniversary in Brussels in 2019.