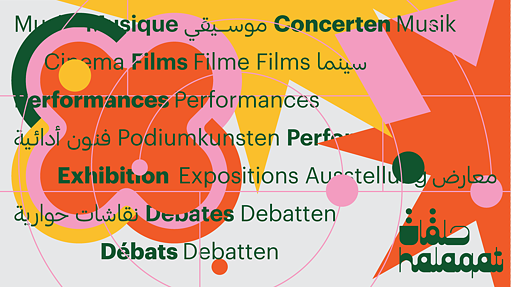 Multiple links and circles: with the project 'Halaqat', the Goethe-Institut and Bozar aim to explore the cultural links between Europe and the Arab world, strengthen these entanglements and build bridges between both regions.

The Halaqat Opening Festival took place from 4 until 7 December 2021 at Bozar with an improvisation concert, a public debate and three documentaries. We gathered musicians, filmmakers and experts from the Arab world and Europe to discuss, play music and party!

A wide range of public activities are also organised at Bozar throughout 2022: film screenings, concerts, performances, an art installation and a debate.