Film director Denis Côté will be present to discuss with the public.

An absolute cult film from the 70's taking place in the motorbike and red district milieu. Klaus Lemke, meanwhile in his 80's, is still an enfant terrible in German Film. Constantly fighting and shouting and acting against the establishment his film Rocker is a hymn on freedom and underdog life. 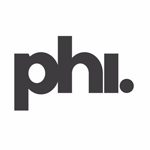