Regarding Decoloniality and the Afterlife of Cultural Heritage Objects

Practicing Freedom is a transcultural research and artistic project which aims to harness ongoing conversations and initiatives within the overriding concepts of decoloniality and restitution. Working with cultural practitioners, researchers, museum professionals, and existing collaborative initiatives and research programmes, we envision Practicing Freedom to consist of workshops, residencies, panel discussions, lectures, podcasts, artistic interventions, and a final exhibition and publication which will tie together the numerous threads of the project.

The Goethe-Institut in Amsterdam will host a conversation between Wayne Modest (Director of Content National Museum of World Culture) and Nanette Snoep (Director of the Rautenstrauch-Joest-Museum) with a poetic intervention by Quinsy Gario. It is the first public event that will take place within the context of the Practicing Freedom project. The event is developed and hosted in collaboration with the Research Center for Material of Culture at the Nationaal Museum van Wereldculturen.

We are pleased to be collaborating with the African Artists’ Foundation, Lagos to host a symposium that will take place at AAF November 8-10. Aspects of the program will be open to the public, including performances and lectures, as well as a workshop component conceived to democratize and connect the art community in Lagos in one dialogical space.

In recent years, ongoing debates about the restitution of cultural heritage objects that were stolen within various colonial contexts have gained momentum in tandem with a general awareness about the prevalence of various social injustices throughout society. While these discussions have primarily involved scholars, academics and museum professionals, artists, activists, and community members have also played an important role in reconfiguring and complicating the discourse around decoloniality, restitution, and reparations.

As engagement with social justice initiatives and movements such as Black Lives Matter continues to grow worldwide, so too does social pressure and the collective call to create change. Essential to these discussions and debates are the artists, community leaders and intellectuals from the Global South and the diaspora whose voices and involvement are crucial to ensure a successful re-imagining and re-defining of how we think about the care and placement of illegally obtained artifacts and cultural objects currently housed within European collections. In keeping with this line of thinking, European museums are increasingly becoming interested in confronting the violent histories of their collections.

It is in direct response to these developments that we see the potential for this project to make a valuable contribution to the ongoing discourse about decoloniality and restitution. It is here, when one speaks of practicing freedom, that the project aims to address, research, and practice how decoloniality is activated in different sites and in multiple temporalities. 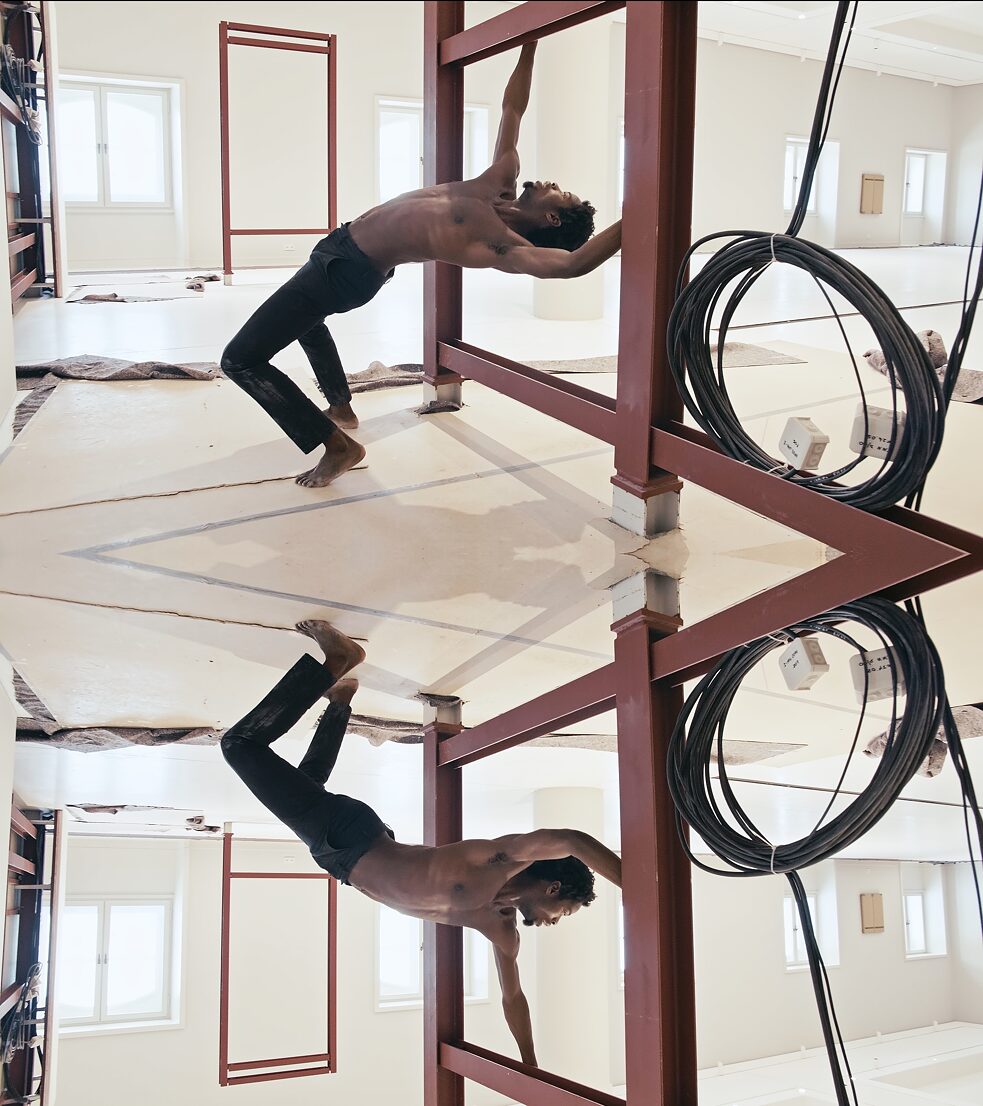 © Theo Eshetu, Ghost Dance, 2020 Within the overriding concept of decoloniality and restitution, the project aims to harness ongoing conversations and initiatives centered around these topics to deliver a transcultural research and artistic program that will include diverse narratives, histories, and perspectives. Working with researchers, artists, museum professionals, and existing collaborative initiatives and research projects, we envision Practicing Freedom to include workshops, residencies, panel discussions and lectures, podcasts, artistic interventions, and a final exhibition project and publication that will tie the numerous threads of the project together. With cultural heritage objects at the center of the discourse, attention will be given to acknowledging the knowledge systems that are connected to these objects and exploring the role these objects play as depositories for flows and energies.

With its local presences in nearly 100 countries, also throughout the Global South, Goethe-Institut has been engaged in postcolonial discourses for many years. As such, Goethe-Institut is uniquely positioned to initiate local conversations and programs that can feed into a larger global network. We see the project as a platform to invite artists, activists, thinkers, and other contributors to be in conversation, to create work in relation to specific objects and collections, and to question the presence of these objects in numerous European collections as part of a critical unfolding of the histories and genealogies of these objects while also offering viable and just propositions for the future. 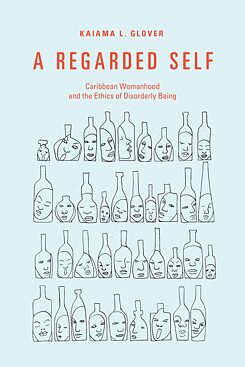 A Regarded Self by Kaiama L. Glover The concept of practicing freedom draws inspiration from Kaiama L. Glover’s book A Regarded Self, where she examines the role of the Black female in Caribbean literature. Although quite specific, her conceptual approach offers an interesting starting point for further critical reflection within other contexts and geographies. As she describes it, "This is a book about practices of freedom. This is also a book about community — about assemblages of individual beings bound more or less comfortably together by a shared set of attitudes and interests, aims and imaginaries. By narratives."

The practice of freedom and how this relates to the community, as well as the importance of the interconnectedness between individuals who share similar attitudes, interests, aims, and imaginaries are ideas that capture the essence of what this project should foster and what it can aspire to. As a title, Practicing Freedom hints at the radical potential that lies in Glover’s thinking. It helps define the scope and ambitions of the project while also allowing for multiple trajectories and narratives to unfold over the duration of the project, providing a conceptual starting point for the many paths we will embark on during the project, individually and collectively.

Glover’s book provides ‘a sustained reflection about refusal’. Taking cues from Glover’s reading of the notion of refusal invites us to engage with the importance of similarly radical concepts and language, including, but not limited to, disorder, self-love, self-possession, self-defense, self-preservation, and self-regard in addition to active processes of disturbing, unsettling, dissenting, dismantling, uprooting, and undoing.

Adding onto and extending from this conceptual framework, we can lean into the potential radicality of a series of programs and formats around decentering, disordering, decolonializing, undoing, unrooting, un-erasing, reimagining (ownership and belonging), returning or relocating or restituting (cultural heritage objects), retelling (historical narratives), reversing (power structures), rethinking (the alternatives), re-envisioning or reconstructing (the future), redefining (ownership and belonging), resisting (hegemony), repositioning (the discourse), replacing (stolen goods), remembering (silenced histories), reconsidering (the past), reclaiming (ownership), rebelling (against coloniality or the colonial matrix of power).

Our approach relates to the task of complicating narratives of resistance in ways that extend beyond overused notions of healing and repair. Practicing Freedom offers an opportunity to collectively rethink strategies and practicalities of restitution, to reclaim stories and histories, to reimagine what is possible, to resist and revolt against lingering colonial power structures in the present. 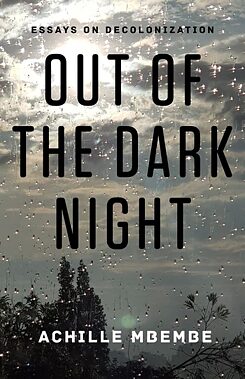 Out of the Dark Night by Achille Mbembe This project involves an active approach to the topic of restitution that should ultimately extend beyond the conversations and debates that will be a vital part of the project. This is in the spirit of Achille Mbembe’s reflections on restitution in Out of the Dark Night and throughout his research. Interpreting Mbembe, restitution involves an active process that also acknowledges the debt that is owed, one that comes with an apology, actions and the understanding that restitution and reparation involve an obligation and cannot simply be a means to ‘settle the debt’ or to relieve European conscience.

For Europe and its institutions, a decisive moment took place in relation to the current conversations about restitution following the publication of The Restitution of African Cultural Heritage: Towards a New Relational Ethics (2018) written by Felwine Sarr and Bénédicte Savoy. This extensive report was commissioned by President Emmanuel Macron to address the restitution of African cultural heritage objects that were stolen during French colonial rule.  Although similar reports from other European countries have been published, the more important lingering question is how we can work together across borders, histories and languages to face the question of restitution through our connected histories.

Practicing Freedom is a transcultural research and artistic project initiated by Goethe-Institut that is conceptualized and curated by the Artistic Directors Amal Alhaag and Selene Wendt. 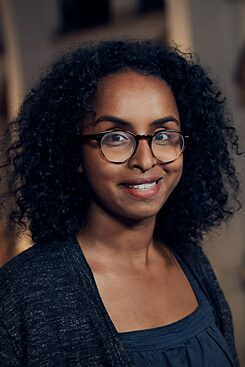 © Amal Alhaag Amal Alhaag is an Amsterdam-based curator, researcher and co-founder of several initiatives, including Metro54, a platform for experimental sonic, dialogic and visual culture and the Side Room: a room for eccentric practices and people together with artist Maria Guggenbichler (2013-2016). Alhaag develops ongoing experimental and collaborative research practice, public programs and projects on global spatial politics, archives, colonialism, counter-culture, oral histories and popular culture. Her projects and collaborations with people, initiatives and institutions invite, stage, question and play with ‘uncomfortable’ issues that riddle, rewrite, remix, share and compose narratives in impermanent settings. 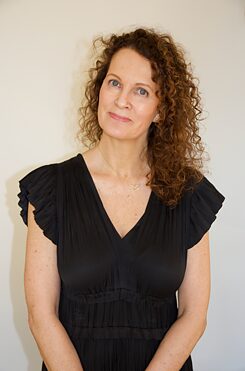 © Selene Wendt Selene Wendt is an art historian, independent curator and writer based in Oslo. Her ongoing curatorial focus is on decoloniality and socially engaged art practices, with emphasis on interdisciplinary projects situated at the intersection between contemporary art, music, and literature. She has curated many international exhibitions through the years, writes regularly for publications and art journals such as NKA Journal of Contemporary African Art (Duke University Press), and has written and edited numerous books and exhibition catalogues. Currently, she is also the curator of Vanderbilt University’s Engine for Art, Democracy and Justice 2022-23 program entitled Artistic Activism and the Power of Collective Resistance.

For more detailed information about her work, please see her website: www.theglobalartproject.no 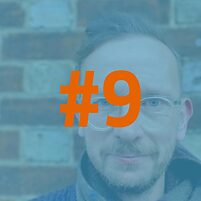 In this episode of the Talking Culture podcast, author and curator Dan Hicks, best known for his book The Brutish Museums (2020), takes stock of the debate around the enduring legacies of empire in our museums, universities and society at large. 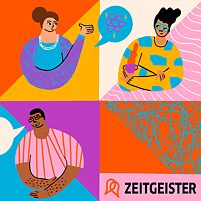 Learn more about critical discourse on a postcolonial world order, the effects of colonialism and how to overcome them in Zeitgeister, Goethe-Institut's global cultural magazine.