At the Goethe-Institut's new international digital book club, like-minded people from all over Northern Europe can read German-language literature together and share their reading experience. What's really special is that the authors will join us live, read from their books and take part in our discussion.

For our second get-together on June 25, we welcome the award winning German-Hungarian author, Terézia Mora, who will read her anthology "Die Liebe unter Aliens" (Love among Aliens) (2016) with us.

A young couple is brought together during a seaside excursion. A night porter is secretly drawn to his half-sister. A university lecturer flees from her failed relationship, as well as from her own inner conflict. A Japanese professor falls in love with a goddess.

In "Die Liebe unter Aliens," Terézia Mora tells stories of people who lose themselves, but never give up, who are lost, but remain hopeful. We meet women and men who find each other curious and strange, but who want to come together. Loners, who don’t admit their true feelings to themselves. Dreamers, who obstinately maintain their idealism.
(Text: Ransom House) 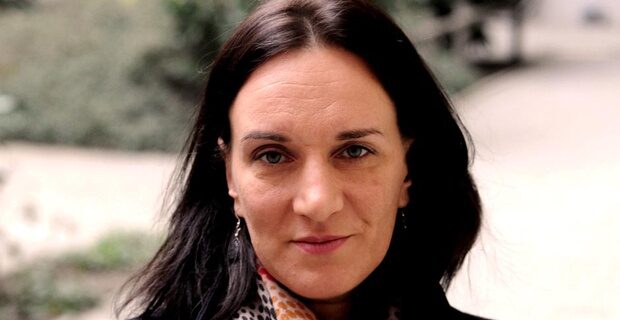 Terézia Mora was born in 1971 in Sopron, Hungary. She has lived in Berlin since 1990, where she studied screenwriting.

In 2018 she received the Georg-Büchner Prize, the most important German literary prize, which is presented by the German Academy of Language and Literature (Deutsche Akademie für Sprache und Dichtung).

“In her novels and short stories, Terézia Mora dedicates herself to outsiders and homeless people, precarious existences and people who are searching for something. With that, she poignantly hits the nerve of our times,” it says in the rationale of the jury.

Terézia Mora is also known for her translations, including those of the Hungarian author Péter Esterházy.

Everyone who wants to read, discover, meet German authors and share their reading experience with others. The conversation will be in German. All participants should have sufficient language skills to read and discuss in German.

We will use 'Adobe Connect' for our meeting. You can use a PC or Mac without needing to download any software or app. To participate, simply click on the link and register with your name in the room.

If you want to participate in the session from a mobile device such as an iPad, iPhone or Android, you must install the free Adobe Connect app. We recommend using a headset, as speakers can produce disturbing echo effects.