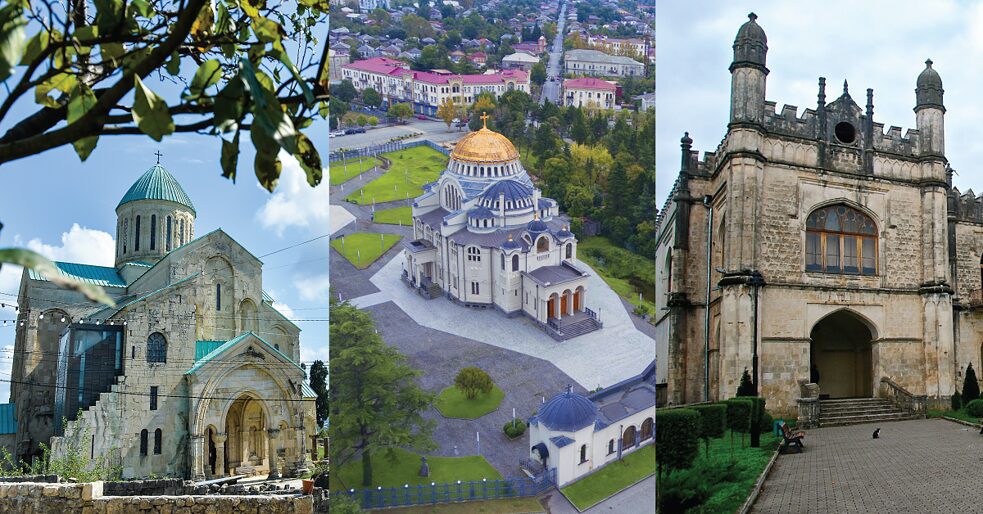 Within the framework of the EU4Culture project Kutaisi, Poti and Zugdidi will receive grants of up to 30 000 € to prepare city Cultural Development strategies.

Today, on December 1 the project organized a city award ceremony in Tbilisi. At the event Catalin Gherman, Deputy Head of Cooperation of the EU Delegation to Georgia and project partners awarded grant certificates to mayors and city representatives from Kutaisi, Poti and Zugdidi. From today the cities will start working on their strategies.

The call for applications was launched in May 2021. It aims to support non-capital cities and towns to develop and implement Cultural Development Strategies, following the approach of the European Capitals of Culture. Overall, 70 cities from 5 Eastern Partnership countries participated in the call.

Selected cities will receive up to €30,000 grants to develop the Cultural Development Strategies. At the final stage of the call, one town or city out of these 3 will be awarded a grant of up to €300,000 to implement its strategy. In addition to grants, the project will provide capacity-building support to cities.

EU4Culture is a four-year project funded by the European Union to support culture and creative sector with a special focus on non-capital cities and towns in the Eastern Partnership Countries. The project is implemented by the Goethe Institut (lead), Institut Francais Georgie, Danish Cultural Institute, Czech Centers.