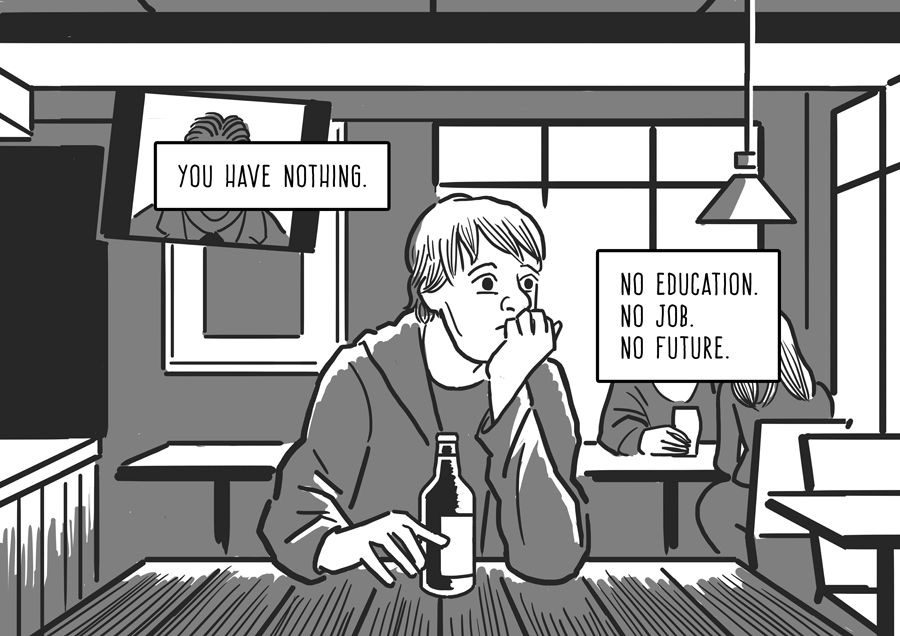 Why are they vulnerable?

I don't think people are inherently evil; however, they can be very misguided, often because they are vulnerable.

Why are they vulnerable? Because the economic policies of successive conservative governments have made life very difficult especially for young people whose prospects weren't good to begin with. Some, not all, are attracted by the fantasy of being strong defenders of their homeland against foreign invaders, if only to escape their own status as victims.

Many also seem to relish being against society in general, probably because in their fantasy it's part of the problem, but also because society has failed them. There almost seems to be a degree of role play in the behavior of some extremists, especially some politicians and others who are high up in the hierarchy.

This is, of course, a simplification; not all extremists are uneducated victims of economic circumstances. There a lot of personal reasons as well for people to go over to the "dark side". But often it seems that these people have some unsolved psychological issues.

"And therefore, since I cannot prove a lover
To entertain these fair well-spoken days,
I am determined to prove a villain" 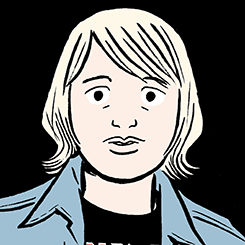 Mika Lietzén (self-portrait) | © Mika Lietzén Mika Lietzén, born in 1974, is a comic artist and illustrator from Turku, Finland.
He is a Master of Arts from the University of Turku, and has also studied in Britain and the USA.

Between 1999 and 2001, he has worked as a copywriter for the Focus Communications Group.
He has worked as a freelance comic artist and illustrator since 2001.
Lietzén uses simple linework to tell humane stories of life, relationships and everyday people with everyday hardships.

His main work is 'Elegia' (2008), a graphic novel that becomes a stage for performing a spoken play in the comics format.