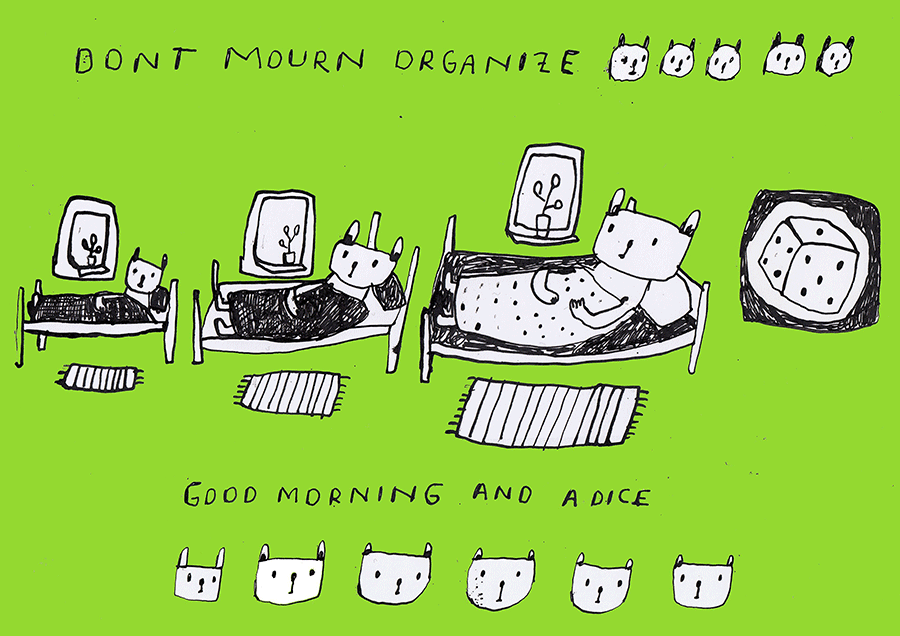 Gallery Sara Granér Sara Granér - The Feeling of Being Lost | Illustration: CC BY-NC-ND
My work consists of a series of panels dealing with reactions towards what can be talked about as the return of neo-fascism/right wing populism and its influences on society in a broad sense.
I have worked with sensations such as fear, confusion and frustration in relation to contemporary political thinking, political power and resistance.

In my own country I see how ”immigration” has come to achieve a dominant position in political and media debate and I am worried about how this can both legitimize and strengthen racist tendencies and make us not talk about things such as economic inequality, climate crisis etc.

I believe that there is a common experience of feeling confused in relation to how to adress and articulate resistance and at the same time an ongoing awarness that the political development is something we need to relate to and react upon and the relation between these experiences have also been a theme in my panels. 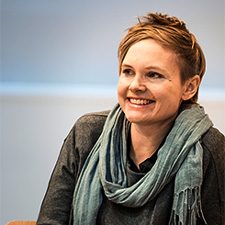 Sara Granér at PICTURE POLITICS workshop, Stockholm | Photo (detail): © Sara Granér Sara Granér is born in 1980.
As comic artist, illustrator and visual artist she is based in Malmö.

She has published four comic books and has been working as a freelancer for newspapers and magazines since 2008.