Film & Discussion The Next Century Will Be Ours & Bright Nights 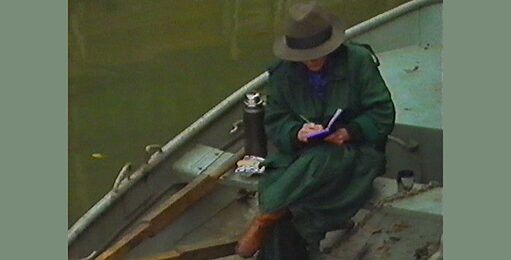 This programme includes two films that have a close relation to Blind Spot. Firstly, The Next Century Will Be Ours (The History of the German Women’s Movement from 1830 to 1860), (Das nächste Jahrhundert wird uns gehören (Die Geschichte der deutschen Frauenbewegung zwischen 1830 und 1860)) (1986/1987), is a two-part historical feature and documentary film made for television and cinema distribution exploring the history and writings of four women protagonists of the early women's movement in nineteenth-century Germany (Luise Otto-Peters, Louise Aston, Kathinka Zitz and Mathilde Franziska Anneke). As in Blind Spot, a woman from the present travels through historical periods and spaces to listen to these women and their stories of struggle. The dialogue of the film is composed of quotations from texts, novels and manifestos written by the four women. The film was shot by the excellent cinematographer Hille Sagel in a deserted film studio, with remarkable sets designed by Jürgen Rieger. British musician, composer and political feminist activist Lindsay Cooper composed the original score for this film.

The second film in this programme is Bright Nights (Nuits Claires, 1988) an essay film shot over Easter 1988 in Paris, where Claudia von Alemann lived and worked for many years. The filmmaker invited two friends, feminist filmmakers Danielle Jaeggi from Paris and Paule Baillargeon from Montréal, who had never met before, to join her to take part in an artistic and psychological experiment. In the confinement of a rented cinema they looked closely at three of their feature films and talked openly and frankly about them, the intentions behind them, and about their aesthetic impact, bearing in mind their roles as mothers, film directors and feminists. In the film they discuss how their film making may influence their daughters and their daughters may in turn influenc their films; they share their dreams, desires, doubts and contradictions, expressing their fears and joys.