We are delighted to present, in cooperation with the Institut Français in London, the new English translation of the prose poem Epic Annette by Anne Weber (published by The Indigo Press). The book, which won the German Book Prize 2020, was originally published both in German (Annette, ein Heldinnenepos)  and French (Annette, une épopée).  Discussing the title in front of a live audience will be author Anne Weber, translator Tess Lewis, and publisher Susie Nicklin.

Epic Annette is the extraordinary true story of Annette Beaumanoir: brilliant and fierce, she was a medical student living in a world at war who, aged 19, joined the French Resistance and saved the lives of two Jewish children in Paris on the eve of their deportation to the camps.

As a doctor and mother devoted to justice and equality, Annette was later found guilty of treachery for supporting the Algerian FLN in France and was sentenced to ten years in prison. The story of her dramatic escape, trial in absentia and decades in exile, separated from her children, resembles that of the great heroes whose love for individuals had to compete with their destiny and love of humanity.

Epic Annette will remain with you forever. With this gripping personal tale of heroism and grief, author Anne Weber's work recalls Homer in her ability to conjure a titan in an epic poem. 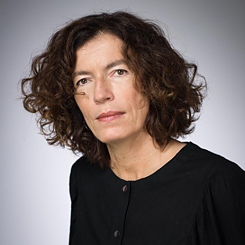 © Hermance Triay ANNE WEBER is a German-French author, translator into both French and German and self-translator. She studied in Paris and has worked for several publishers. Anne started writing and publishing in French, but immediately translated her first book Ida invente la poudre into German as Ida erfindet das Schießpulver. Since then, she has written each of her books in French and German.
In 2005 she received the 3Sat award at the Festival of German Language Literature. For her translation of Pierre Michon's work she received the Europäischer Übersetzerpreis Offenburg. She was awarded the 2020 German Book Prize for Annette, ein Heldinnenepos which has sold more than 200,000 copies. 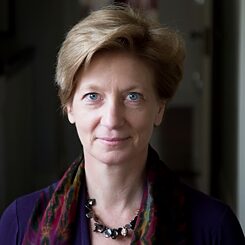 © Sarah Shatz TESS LEWIS has received many accolades and awards, including two PEN Translates grants and has been shortlisted for British prizes including the Schlegel-Tieck award (2019 for Lutz Seiler's Kruso, published by Scribe) and the Oxford/Weidenfeld Translation Prize. 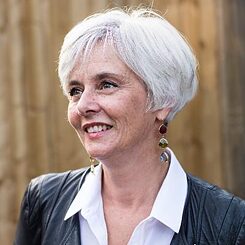 
SUSIE NICKLIN began her career at The Bodley Head publishers and co-founded foreign rights specialist The Marsh Agency in 1993. She was Director of English PEN from 2002 – 2005, and inaugurated its translation programme (now PEN Translates). She was Director of Literature at the British Council from 2005 – 2013, creating international literary partnerships and events.
From 2015 – 2019 she was the owner of award-winning independent bookshop Dulwich Books, and she produced and directed ten literary festivals in that time. She founded The Indigo Press in 2018.