The diptych Il Ritorno del figlio prodigo and Umiliati (The Return of the Prodigal Son and Humiliated) is a segue to Operai, contadini (Workers, Peasants), and Straub and Huillet's third film based on the writings of Elio Vittorini. The film returns to Vittorini’s choral novel The Women of Messina about a community founded after the World War II by workers and peasants rejoining from different regions of Italy. In the film the commune is threatened by the pressure of the restructuring of the world after the war, of its laws and politics, and by the forces of history they had hoped to protect themselves from.

Dolando is a short film made as an offer by the filmmakers to their crew. Dolando Bernardini, one of the actors in the film, and also in their previous work From the Cloud to the Resistance, sings a capella three verses from Torquato Tasso’s Jerusalem Delivered, first published in 1581.

The Return of the Prodigal Son / Humiliated will be shown on a new 35mm print.

The screening will be introduced by Romano Guelfi.

Romano Guelfi is a filmmaker and a teacher in cinema and audiovisual media at the Art High School in Lucca; Italy. He collaborated closely with Jean-Marie Straub and Danièle Huillet on the films they made in Buti as assistant director starting with Sicilia! (1998) up to La Madre (2011) and he acted in Quei loro incontri (2005) and Umilati (2002). He shot also all the theatrical plays staged on the Francesco di Bartolo Theatre in Pisa during the Straub-Huillet film productions in Buti.  His film Dell'avventura (2011) documents Jean-Marie Straub's work process while working on Le streghe (The Witches 2008). 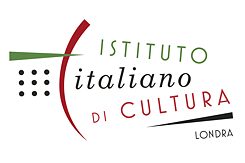