Siddhartha continues to stimulate, influence and enchant generations of readers, writers and intellectuals alike. Here are the voices of self-discovery and enlightenment.

The Clarity of Message, the Musicality of Diction 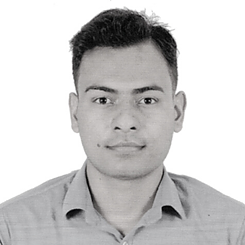 © Piyush Pathak As a student of German literature, my Master´s curriculum introduced me to the book Siddhartha. My initial misapprehensions of it to be about Gautam Buddha were soon clarified, for it was more than some philosophical ideas or teachings, emphasising on an individual's experiences in this chaotic world.

This book influenced me on many grounds. I think the greatest lesson that I learned from Siddhartha is to not let anything stand in your way. The ending gave me a true sense of satisfaction; the quotes, the philosophy of life washing over me like a transcendent wave. As a poetic work of art, it’s like meditating while reading, thereby awakening the inner Siddhartha.

What makes the book widely read even after 100 years of publication in India is the apt description of the Indian historical background and the fact that the book answers the question about the purpose of life. Further, Siddhartha doesn't have any closure, rather it's a self-reflexive portrait. In dealing with the existential questions that underlie human existence, Siddhartha reaches across time and space to touch readers centuries after it was written, and will continue to do so until the existential questions that probe human existence are answered.

The river has taught me to listen 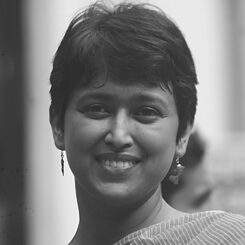 “What should I possibly have to tell you (…)? Perhaps that you're searching far too much? That in all that searching, you don't find the time for finding?" This line from Siddhartha has stayed with me ever since I read it, decades ago, a young person at crossroads. I am not sure if I understood its meaning then, or whether I comprehend it fully even now, but I know that it led me on a journey of self-discovery, exploring paths off the beaten track.

To me, the book didn’t come across as a spiritual guide, but as the story of a person on a journey, accompanying Siddhartha in his quest to find the meaning of life, his connection with people and places around him, and his experience of friendship, possession, power, love, acceptance and wisdom. The themes are universal, and experiences, relatable — one can see parts of their own journey mirrored into Siddhartha´s. This relatability signifies its relevance even today.

Hesse uses the metaphor of the river to convey our ever-changing lives; the ebbs and flows: “Water ran and ran, incessantly it ran, and was nevertheless always there, was always at all times the same and yet new in every moment!”
I am not sure if my fascination for the river grew after reading the book, but I have often found myself sitting next to a river, trying to listen to it as though it had a voice, my most recent experience being immersing my aunt´s ashes in the river, wondering about life and death and the journeys we take, as passages from the book came back to me, with meanings I hadn’t known before. 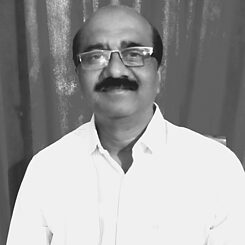 © Shirish Shinde You are lucky if you are on a quest to know: ‘Who am I?’, luckier if you meet the spiritual guide, the boatman - Vasudeva. Hermann Hesse’s Siddhartha encapsulates the profound knowledge, the philosophy of life that took roots in India centuries ago. I read the novel during my days at the Jawaharlal Nehru University (JNU) in 1988, not a part of my syllabus, but out of curiosity in spiritual life.

Siddhartha, in comparison to other spiritual or intellectual volumes such as Rig Veda or Das Kapital, reads like a life journal, manifesting the story of the protagonist. In addition to a commoner like me, the ‘glimpses of wisdom’ from Siddhartha have guided millions in India and the world over. The pandemic times reemphasized my learnings from the book. Meditation gave me the strength to look at life with equanimity and a broader perspective. I thought it is the way of destiny to make me realise that my life on the earth is merely a station on a long journey. Like Siddhartha, I also found my path.

Siddhartha says: “Wisdom cannot be passed on.” India has a glorious spiritual tradition. Teachings of Buddha, Mahavira, Shankaracharya and later the Sants belonging to the Bhakti tradition and the Sufis have taught millions the meaning of life or rather meaninglessness of it. Siddhartha appeals to Indians because they can relate to it. The Samanas, Buddhism and finally, Vasudeva’s guidance are all parts of the Indian spiritual traditions. This makes it relevant in all ages. I am sure the book will continue to find an echo as long as the human race exists. 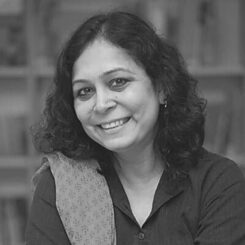 © Jayashree Joshi Hermann Hesse’s Siddhartha is an Indian tale. But it has stories within stories – and plots that simmer below the surface. I recall reading it when I was a teenager. Although it could be read as comfortably as many of the novels, it makes me pause, introspect, and catch my breath in the present. The book contains elements of both the Bildungsroman (novel of formation) and the allegorical novel; it has journeyed through a century of turmoil bearing witness to human suffering.

In Siddhartha, the metaphor of the river flows like the narrative. It reminds me of the Nadi Sutta which is an integral component of Buddhism. This illustrates the concept of Anatta (non-self) with the parable of the river. The river follows the natural course of gravity and reaches its destiny to merge with the ocean. And perhaps evaporate into the cloud.

The metaphor of Siddhartha has gained a new dimension in modern India - it is about the assertion of identity for Dalits. Tathagata Buddha songs are not merely a spiritual quest but contain a deeper social message of equality and fraternity drawn from Buddha’s life. They have provided a cultural alternative to Dalits to re-assert their identity and to transgress their ‘fixed’ identity under the Hindu caste order. For me, Siddhartha has traces of Samkhya-Yoga that states that enlightenment comes from ascertainment and realisation of the true nature of existence. Then there is Satyakama Jabali from Chhandogya Upanishad – an ancient Vedic text. Jabali met Sage Gautama from whom he got knowledge that freed him from the illusions of the world.

Finally, Siddhartha is like Homer's Odyssey, Cervantes' Don Quixote, Swift's Gulliver’s Travels. All these books represent the basic human situations that man faces time and again. And as the Covid pandemic showed us, the book teaches something more important: grasping the basic human predicament.

My journey to self-discovery 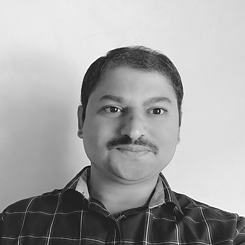 © Ajinkya Kulkarni Some books have a profound effect on our lives. Nobel laureate Hermann Hesse's novel Siddhartha has had a similar effect on me.

I read this novel while I was studying for a postgraduate exam, feeling a sense of content. One of the most important things I have learned from this novel is that knowledge can be passed to others but not wisdom. I attempted to rediscover myself, my calling for teaching, and find a purpose in my life much as Siddhartha discovered it without any human mentor.

I believe that we have a latent attraction towards asceticism even while dealing with our day-to-day lives. Indians have a penchant for exploring this 'unknown power'. And Siddhartha in his spiritual journey encompasses experiences and exploration in the search of life's ultimate truth i.e. love. The essence of Indian philosophy, which is neither fully abstentious nor acquisitive, has been incorporated and documented so well, one of the reasons for the resounding reception in this South-Asian country.

With its insightful exploration of the ultimate reality of human existence - love - the novel is a great inspiration for growing over the illusion of a perfect life and learning to accept life simply as it is.

Back to "The Sound of Faraway Lands"