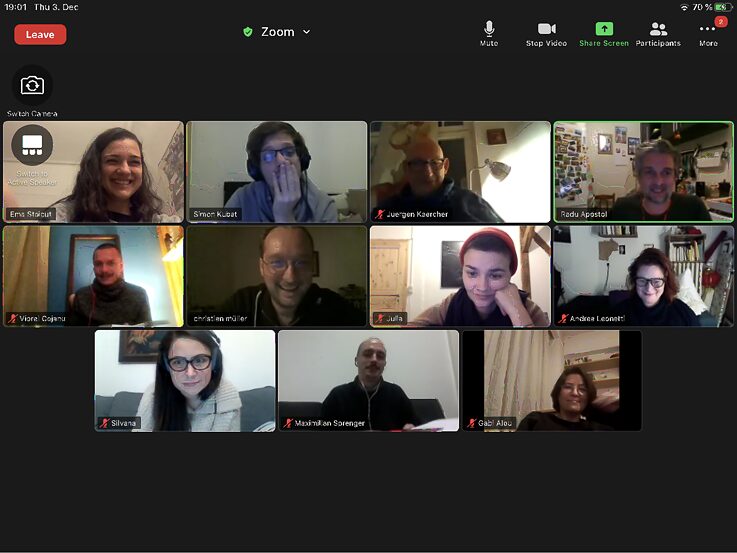 REPLIKA and CKK analyse Romanian-German labour migration based on their working conditions. In workshops (with young people, among others) we investigate different perspectives and develop experimental theatre formats (radio & theatre performances). The aim of the workshops is to enrich our perspective towards labour as seen in the artistic field, both by freelance artists and permanent working contract artists, but also by workers that activate in different fields of labour, in German and Romanian markets. Based on these workshops experiences, on the stories collected from different individuals and groups (artists, workers) we will develop new text/script, video or music creations that will reflect the core perspectives that were revealed by the main topic of labour today. In the current corona pandemic, we ask whether a shift in relevance towards deceleration, appreciation, moral responsibility and sustainability is being implemented in the long term? What would be positive identifications with work?

This project is part of round 9 of the International Coproduction Fund, year 2020.

Links to the project