Vibrant life on the campus.

Intensive courses and examination preparation courses from one week. With or without accommodation.

German in the Evening, Morning, and at the Weekend

German courses and examination preparation alongside work and study.

Individual and flexible learning at the Goethe-Institut or online.

No time for an entire intensive course? Bookable from 5 teaching days.

Language camps in the summer and online courses with live lessons for young people from the age of 12.

Our institute in Mannheim 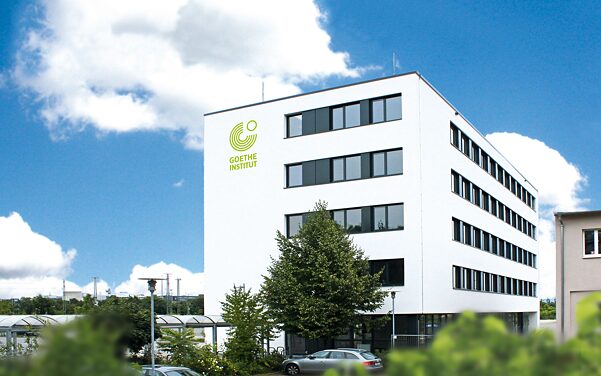 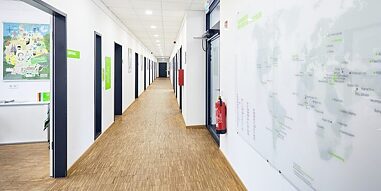 We offer suitable accommodation for the time of your German course. Whether in one of our guesthouses, associate-hotels or with a host family – you will feel at home immediately.

The Goethe-Institut Mannheim is located on the new Mannheim-Lindenhof campus.

The Goethe-Institut Mannheim is located on the new Mannheim-Lindenhof campus. This location makes it easy for course participants to participate in university life while attending German courses. The main railway station and city center are just ten minutes away by public transportation. 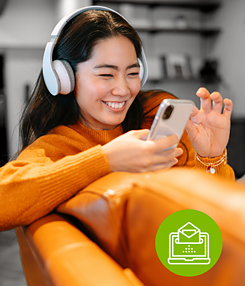 Mannheim, industrial center on the Rhine

Located where the Rhine and Neckar rivers merge, Mannheim in Baden-Württemberg has the second largest inland port in Germany. With Ludwigshafen on the other side of the Rhine, Mannheim has a sister city of about the same size, but located in another federal state, Rhineland-Palatinate. High-performance global companies control the city's dynamic economic activities in trade, mechanical engineering, electrical engineering and the chemical industry. They take advantage of the central location in Europe, the excellent infrastructure and the proximity to education and science. The course of studies in economics at the University of Mannheim is considered one of the best in Germany. Mannheim owes its reputation as the "center of the German language" to the Bibliographical Institute (Dudenverlag) and the Institute for the German Language, which are based here.

The multicultural nature of the city inspires fashion, music and art. People from 168 nations shape the cultural life of the city. Whether theaters or museums, classical music, jazz or pop culture: the Rhine-Neckar Metropolitan Region has a lot to offer. At the Popakademie Baden-Württemberg, which was founded in 2003 as a forward-looking pilot university, students can obtain a degree in pop music design and music business. Even Wolfgang Amadeus Mozart was a student at the influential Mannheim Music School in the 18th century. In November 2014, Mannheim was awarded the title "City of Music" by the UNESCO. The Kunsthalle Mannheim, founded in 1907, is known for its first-class collection of paintings and sculptures of the 19th and 20th centuries. The Nationaltheater Mannheim, where Friedrich Schiller's drama "The Robbers" premiered in 1782, is the oldest municipal theater in the world and one of the largest stages in Germany. Fifteen internationally renowned festivals of music, film and literature also present a broad cultural spectrum at the highest level in the Rhine-Neckar metropolis. With the baroque Mannheim Castle, the city has one of the largest castle complexes in Europe.

The location on the Rhine, between the Odenwald, the Palatinate Forest and the famous Palatinate Wine Route ensures an exceptionally mild climate in Mannheim. In the center of the city lies the Luisenpark. An unusual mixture of botanical garden, zoo and entertainment park, it is considered one of the most beautiful green spaces in Europe. In addition, Mannheim has a dense infrastructure for recreational activities with its numerous sports facilities, forest and wine trails, hiking and cycling paths. The good cuisine, the winegrowing tradition and the picturesque landscape attract numerous guests. They love the often quoted cheerful and cosmopolitan attitude to life of the people in the region. Attractive cities in the immediate vicinity such as Heidelberg, Speyer or Frankfurt am Main are easily accessible thanks to good transport connections.

The Goethe-Institut in Mannheim is located on the new educational campus of the university in Mannheim-Lindenhof, ten minutes from the city center. If you would like to study at the University of Mannheim, you can get to know life on campus during a German course at the Goethe-Institut Mannheim. In the new, modern building, everything is optimized so that our course participants can learn German without distractions.

If you are still looking for accommodation for your German course in Mannheim, our guesthouse could be just the right place for you. It is also located on the educational campus and is only a few steps to walk from the Goethe-Institut Mannheim. You can also stay in one of our partner hotels. The recreational and cultural program we offer for participants of our German courses is designed to help them speak and listen to as much German as possible.

You can register for German courses online in our shop and pay via Visa/Mastercard or PayPal. Customers who do not pay their course fee themselves can use our interactive booking form to register and provide us with a different billing address. Selecting your choice of course location will send the form to the course location of your choice.